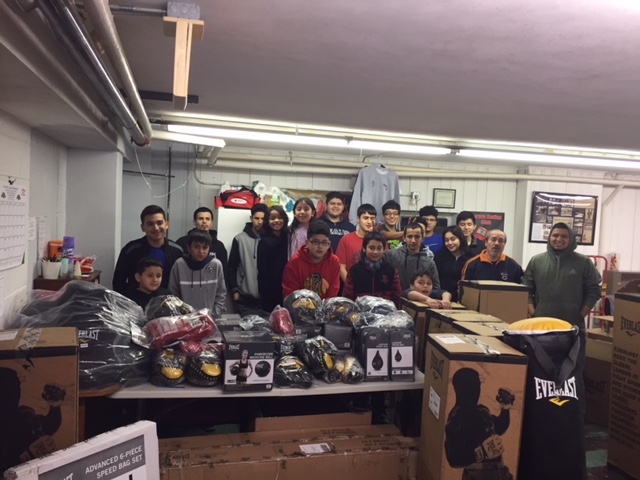 The presentation of this gift was presided over by the Mayor of Aurora, Richard Irvin, WBO Vice President John Duggan and Aurora Boxing Club President Raul Diaz.

Raul Diaz stated, “The Aurora Boxing Club is dedicated to providing underprivileged youth and residents with a positive alternative to the streets. We provide physical fitness and athletic competition while learning the sport of boxing. The members are taught the values of discipline, respect, and the importance of being healthy. Lack of a positive reinforcement program is a problem and is most prevalent in the underprivileged communities. Having our program available for the community is such an important factor in the development of our youth. As an organization we are dedicated to supporting our athletes to not only succeed in the sport of boxing but as a member of society.”

Each member of the Aurora Boxing Club took a pledge not to take illegal or performance enhancing drugs, and expressed their gratitude and appreciation to the WBO World Champions.