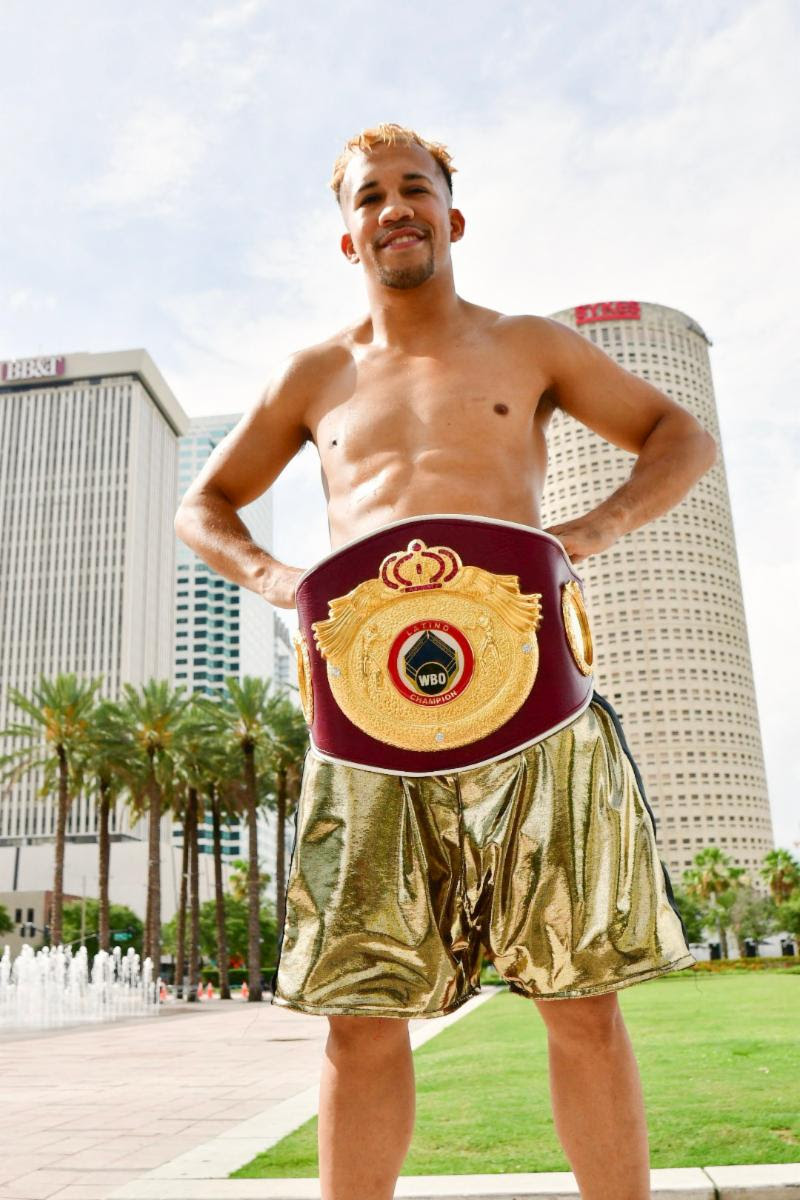 The last time WBO Latino Champion Daniel Lozano appeared in the ring, he produced arguably the most meaningful win of his career.

That moment came in the 2017 fall premiere of Boxeo Telemundo. This time around, he closes out the summer season of the series as the Bowling Green, Florida keeps it close to home in a 10-round showdown versus Mexico’s Ricardo Espinoza (20-2, 17KOs). The two collide this Friday at the Brian Glazer JCC Ballroom in Tampa, Florida, airing live on Telemundo (Friday, 11:35pm ET).

While the venue itself is new to the Telemundo circuit, Lozano himself is no stranger to the long-running series. The local favorite makes his 11th network appearance, all of which have been staged in Central Florida. Friday’s bout will be his first since last October, when he closed out a 2017 comeback tour with a 10-round decision over Ricardo ‘Meserito’ Rodriguez.

The victory was one of two on the year where he was able to avenge a prior loss. Three months earlier, he scored a stunning 2nd round knockout of 115-pound title challenger David Carmona,

Both Carmona and Rodriguez handed Lozano decision defeats in a disastrous 2015 ring campaign that saw the 28-year old lose three straight. He now looks to make it three victories in a row, although wins and losses have little to do with his being a series regular.

“It’s never a dull moment when ‘Alacran’ Lozano is in the ring,” Felix ‘Tutico’ Zabala, Jr. of All-Star Boxing told FightNights.com, speaking through an ear-to-ear grin in recalling his boxer’s past bouts. “He’s one of the most popular figures in the Boxeo Telemundo Ford series, because he always leaves it all in the ring, action-packed bouts from bell to bell regardless of the outcome.”

It also helps explain the Standing-Room Only status whenever Lozano (15-4, 11KOs) fights, usually at the nearby A La Carte Pavilion where he has appeared 11 times in his 19-fight career. The next adventure in his career comes at the Bryan Glazer Family JCC, a state-of-the-art 100,000-square foot facility which opened its doors to the public in December, 2016.

Lozano helps christen the locale in a boxing sense, while also welcoming Espinoza to his first career stateside appearance. The Tijuana, Mexico native has won 10 straight—including six straight knockouts—but fights out of his native Mexico for the first time as a pro.