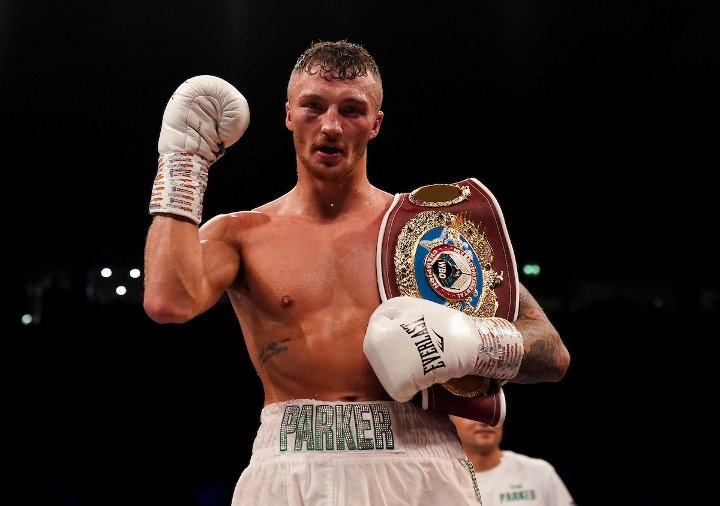 Manchester Arena, Manchester – Zach Parker (18-0, 12 KOs stopped Rohan Murdock (24-1, 17 KOs) in the penultimate round to win the WBO International Super-Middleweight Title. The undefeated Derbyshire fighter took control of the fight after the halfway stage and floored the Australian No.1 with a left hook in the 11th round to force a stoppage and secure top ranking with the WBO. (photo by Mark Robinson)