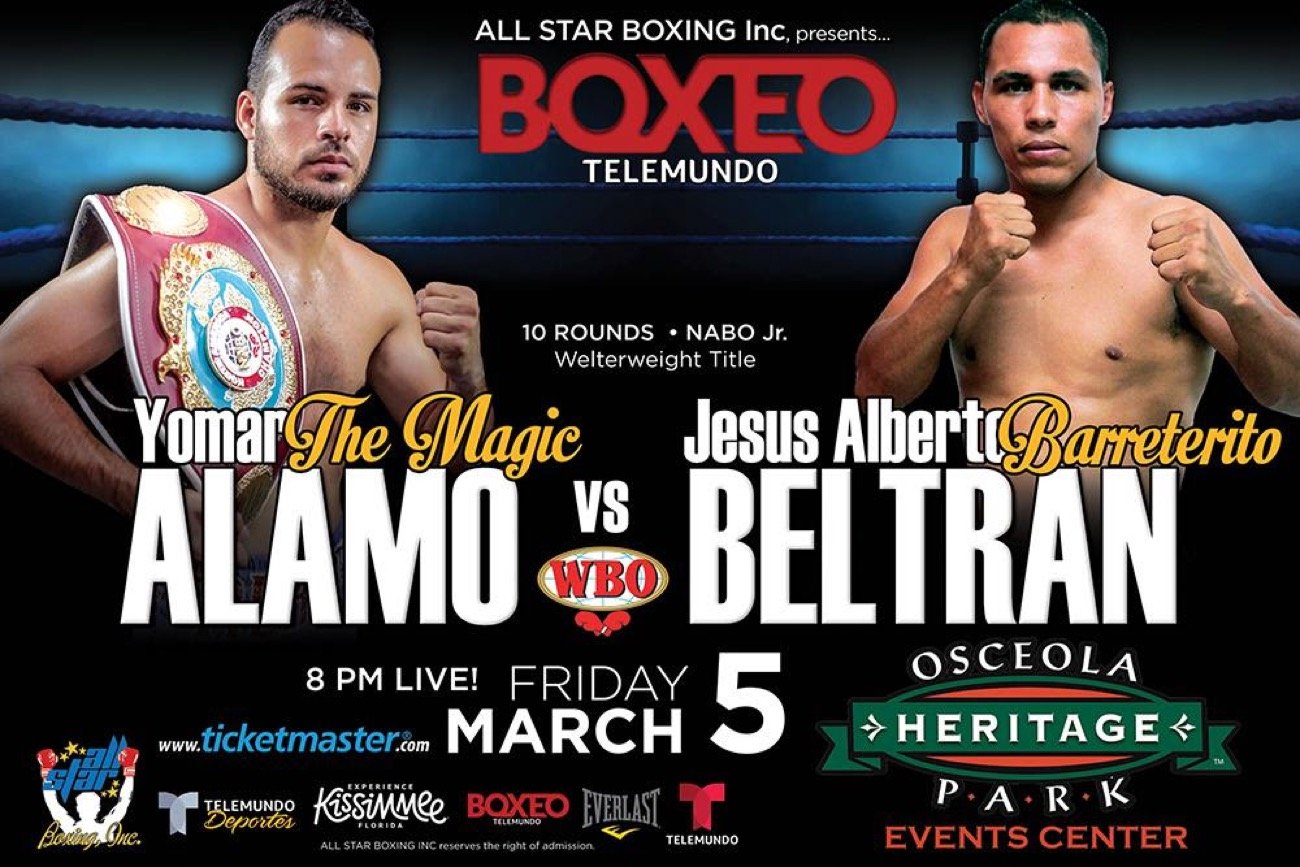 After 8 studio setting shows at the same venue to close out 2020, Promoter Felix “Tutico” Zabala has announced they will now open their doors to a 50% capacity with all safety measurements in place including temperature check, social distancing and required mask at all times.

The pride of Aguas Buenas Yomar Alamo returns to action after one year of inactivity due to covid-19. In his last fight, Alamo outgunned then undefeated Kendo “Tremendo” Castaneda in a battle of undefeated on Telemundo.

“I am excited to be back in the ring in what feels like my 2nd home and with my people cheering me on again” stated NABO Champion Yomar Alamo “2021 will be my year, after this fight i am ready for the bigger challenges.”

Jesus Beltran will now be dropping in weight were he will campaign at super lightweight. Beltran has his own championship pedigree as he comes from a fighting family, his brother Miguel Beltran is a fighter and his cousin Raymond Beltran is a former WBO world champion.

“In my last fight on Telemundo I gave up too much weight, which cost me the fight” stated Jesus Beltran ” I have been training hard since the new year, now I’m back to my original weigh class were I feel strong. The only goal i have in mind is to bring the title back to Mexico!”

All Star Boxing will follow up with 2 back to back shows all in the state of Florida March 12 and March 19th details to be announced shortly.

“The Magic” Alamo Vs. “Barreterito” Beltran will air live on Telemundo at 12AM/EST