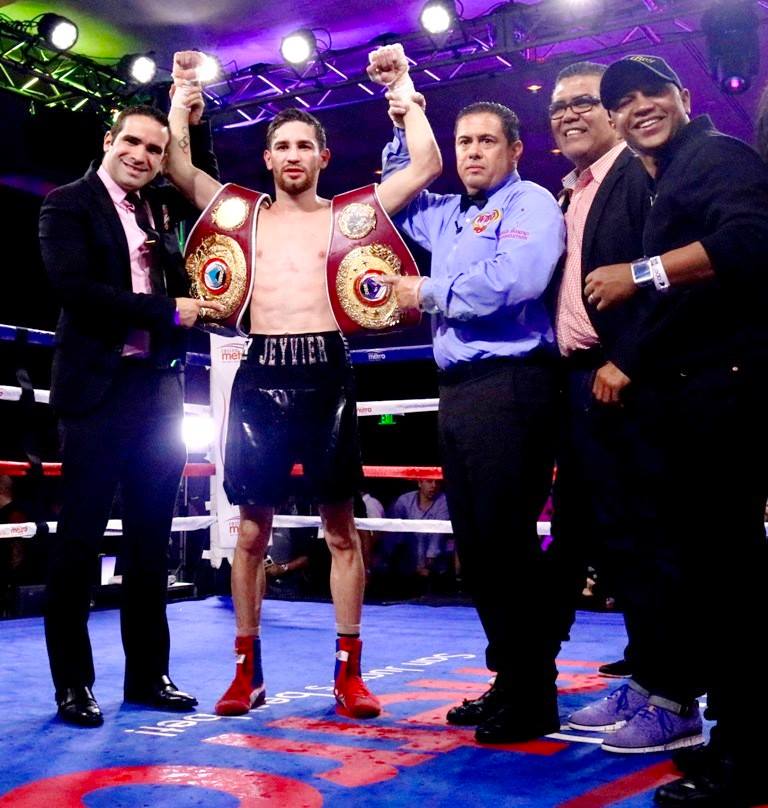 SAN JUAN, PUERTO RICO – In just over a year as a professional and only eight fights, Puerto Rican Jeyvier Cintron entered the world ranking of the World Boxing Organization (WBO), placed number nine in the ranking of September, and will return to the ring on October 31 in Panama at the WBO Convention. More info about the Convention here:

Cintron (8-0, 4 KOs), the only Puerto Rican boxer to participate in two Olympic Games (2012 and 2016), comes back from winning the WBO Latino title at 115 pounds on September 1st when he beat by unanimous decision the experienced Mexican Francisco Alonso Meléndez (15-3, 13 KOs) in Puerto Rico.

“Jeyvier has a lot of experience, with his amateur background and two Olympics, and that’s why we’re working in this way with him, he’s already ranked world-wide and now we’ll have him fighting in Panama, where the WBO Convention will be held, and where Jeyvier will be defending his title,” said Peter Rivera, vice president of PR Best Boxing Promotions (PRBBP) and who guides Cintron’s career.

The 23-year-old, who belongs to promoter Top Rank, had become the WBO Youth World Champion at 118 pounds in his fight of July 27 when he defeated Venezuelan Gregory Vera (12-2, 6 KOs) in Colombia.

For Cintron, who is trained by former two time world champion Ivan “Iron Boy” Calderón and who made his professional boxing debut in April 2017, this next fight in Panama on October 31 will be his seventh in 2018.