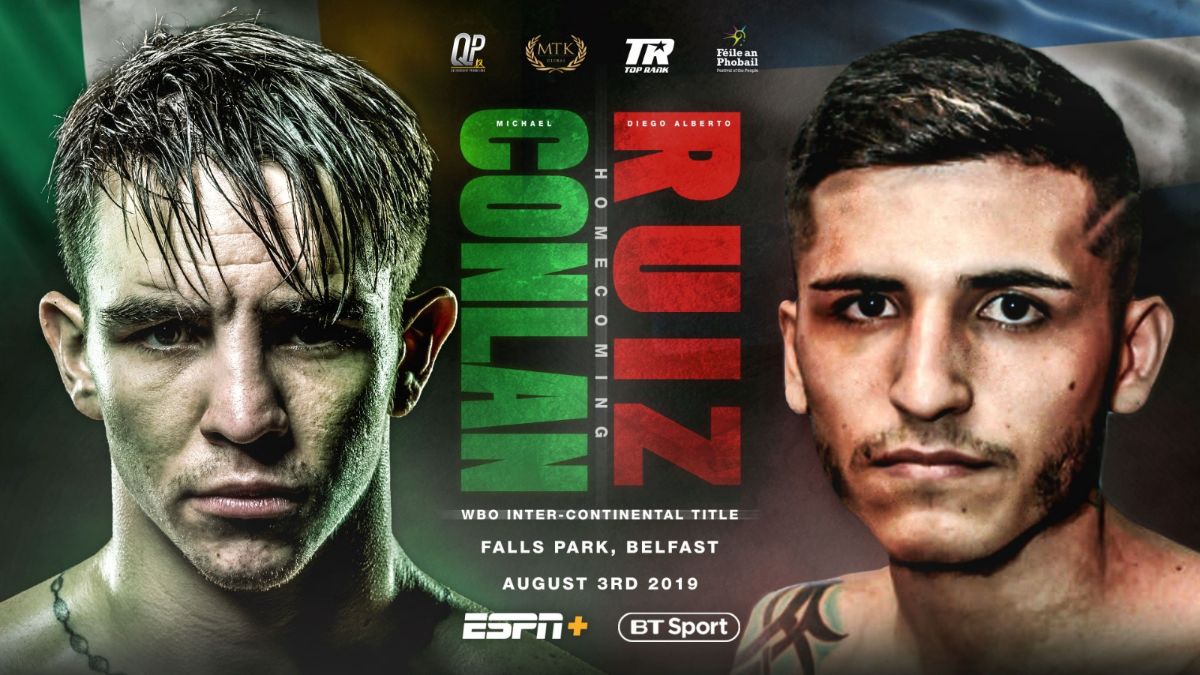 On August 3, Belfast hero Michael Conlan (11-0, 6 KOs) defends his WBO Inter-Continental strap against dangerous Argentinian Diego Alberto Ruiz (21-2, 10 KOs) at Falls Park as part of the city’s annual Féile an Phobail summer festival – live on BT Sport in association with Queensberry Promotions and on ESPN+ in association with Top Rank.

Conlan, who had originally been slated to face former Olympic rival Vladimir Nikitin only for the Russian to withdraw citing a bicep injury, is delighted at the news of a step up in level for his third 10-rounder.

“I’ve got a high-class fighter ranked highly in the world. I’m expecting him to cause me more problems than what Nikitin could have caused me.

“Maybe, once I’m world champion, I might give Nikitin a shot but for now I’m moving on because it was more stalling my career than advancing it in terms of the level I’m at.

“Facing a higher level of opponent is better for me. I want to push on towards world titles and big, big fights and I have to start going through the gears now.”

Ruiz said: “This is the biggest fight of my career and a great opportunity to prove myself as a fighter. I fought June 1, and I am going to be ready for whatever Michael brings.

“It won’t be an easy fight, but it is not an impossible task. I am not scared to fight on the road. That is my motivation because the pressure will be on him.”