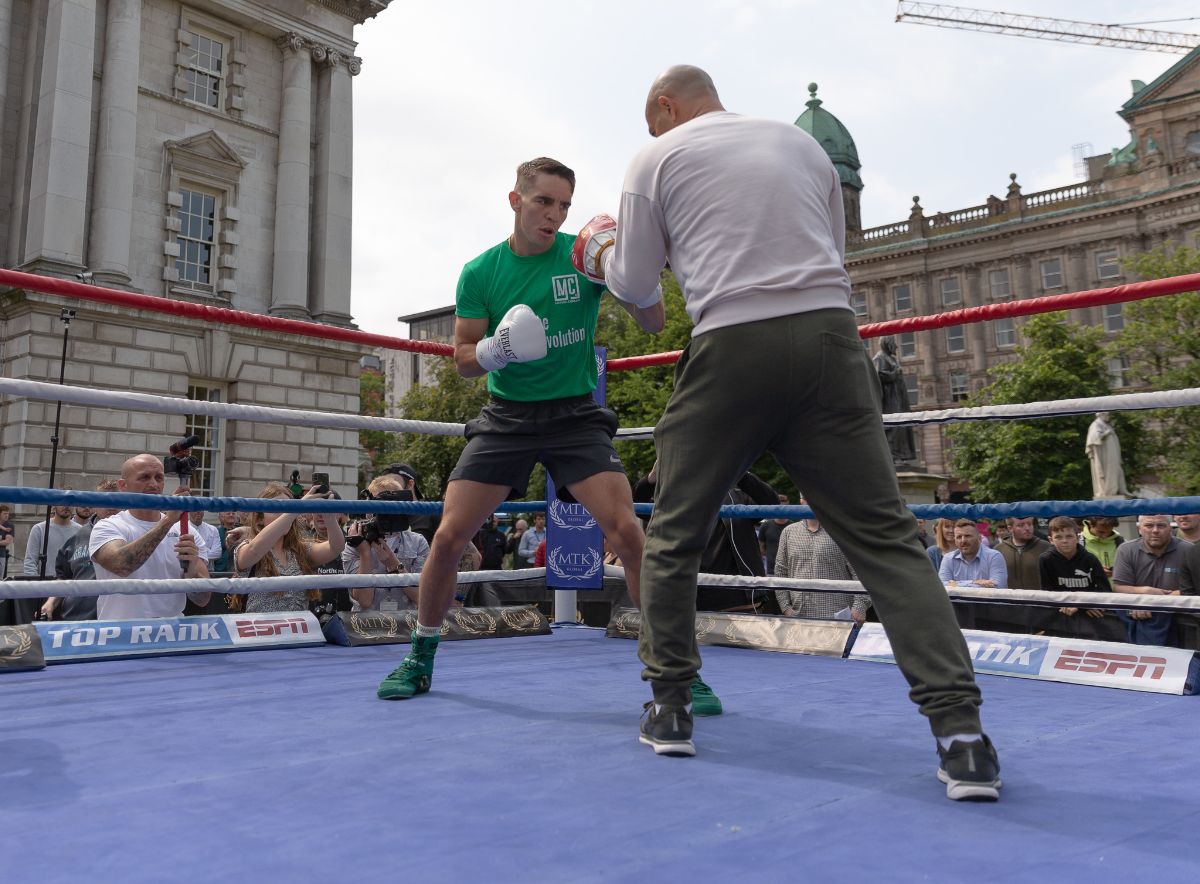 WBO Inter-Continental Featherweight Champion Michael “Mick” Conlan emerged from Belfast City Hall and walked up the steps of the makeshift ring set up outside in Donegall Square. In the center of the city, Conlan, the fighting pride of Belfast, took center stage.

Conlan (11-0, 6 KOs), one of the greatest amateur boxers to come out of the Irish system, will fight Diego Alberto Ruiz (21-2, 10 KOs) Saturday evening at Falls Park as part of the city’s annual Féile an Phobail summer festival.

Conlan has fought in Belfast once before as a pro, but this event is expected to draw roughly 10,000 of his most rabid supporters. Wednesday’s media workout was a celebration of Conlan’s Belfast roots, as the city’s Lord Mayor, John Finucane, stopped by to say a few words.

Ranked in the top 10 by two of the major sanctioning organizations, Conlan has a world title shot on his mind. In Ruiz, he is facing the toughest test of his career, a bruiser from Argentina who has won 10 straight dating back to June 2016.

After working out, this is what Conlan had to say.

“Fighting at Falls Park is really a dream come true. Féile an Phobail is now in its 31st year. I remember going to the festival for many years when I was a kid. The atmosphere has always been very celebratory for the Irish people, and fighting there on August 3 will be very special. I have so many friends and family who live very close to Falls Park. When I was younger, we lived very close, and it was like a second home for my friends and I.”

“I’m really excited. {Ruiz} is very, very good. He’s a tough guy, and if I want to be world champion, I need to beat this guy. I think you’ll see the best Michael Conlan yet come Saturday.”

Use the hashtags #ConlanRuiz and #TheConlanRevolution to join the conversation on social media.