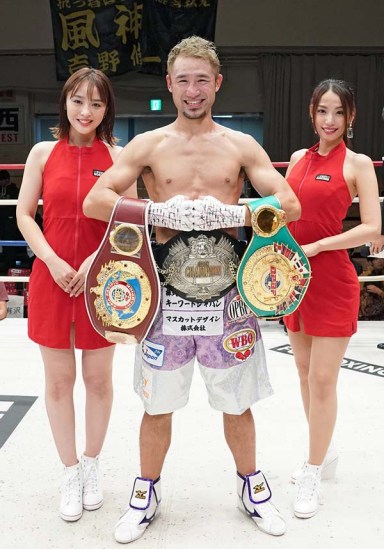 The fight, which is promoted by Misako Promotions, is part of the “Diamond Glove” series, which will be televised in Japan on Fuji TV.

Yoshino is known for his versatility and toughness in the ring, with a refined boxing, good speed and respected punch. Never knowing defeat, Yoshino entered this multi-title brawl after knocking out his last eight opponents.

The challenger, Valentine Hosokawa, who reigned as Japan’s 140-pound champion, will get his second starting his first shot for WBO belt. Hosokawa is a gym-eating fighter who always arrives in tip-top condition to all his fights, bringing experience, stamina, and world-class boxing.

Shuichiro Yoshino enjoys a high world ranking in the WBC, the IBF and the WBO, for which he will seek to continue proving his worth in the ring, against a fighter of the quality of Hosokawa, to continue climbing in the light weight classifications, until you get a world title shot.

For his part, Valentine Hosokawa, who is 39 years old, knows that he has little time left in boxing and a loss, at this level, could mark the beginning of the end of his boxing career. Surely, the brave fighter Hosokawa, from the powerful house of Kadoebi Boxing, will arrive with enormous enthusiasm, with everything to lose and much to gain, so he represents a huge danger for the champion Yoshino, this Thursday in Tokyo.