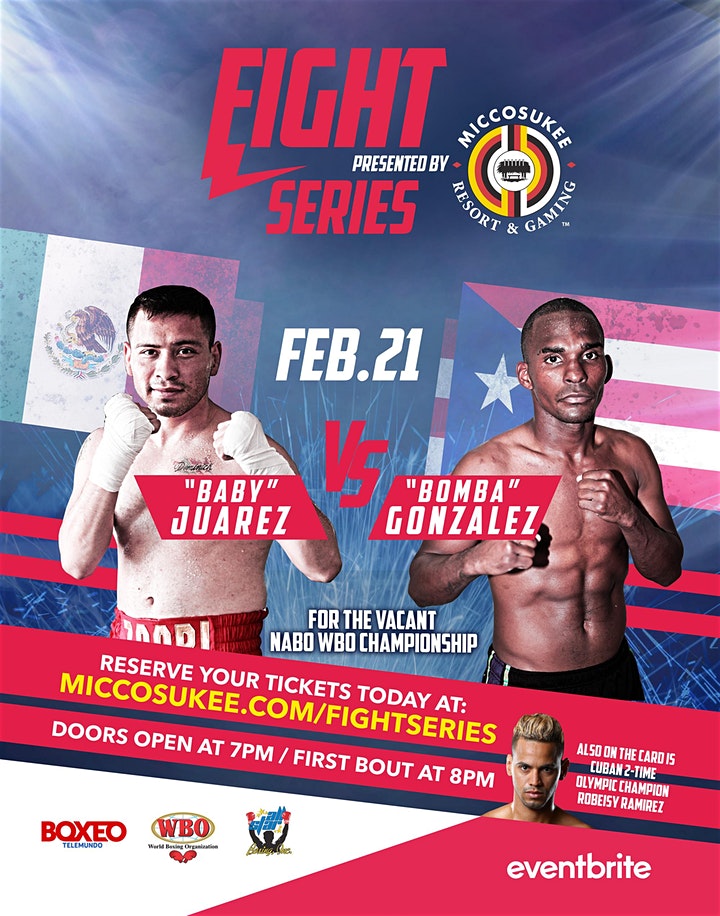 The Miccosukee Tribe of Indians of Florida is happy to announce that boxing is making a comeback to Miami on Friday, February 21!

After TEN years, Miccosukee Fight Series is BACK!

Join Miccosukee Resort & Gaming on Friday, February 21 as we bring Boxeo Telemundo back to Miami. The premiere fight will be taking place with us and you need to be there!

Doors to the Dome will be open to the public starting at 7 p.m. with the first bout happening at 8 p.m. The Dome can be found on the south side of the resort and tickets will start at only $35.