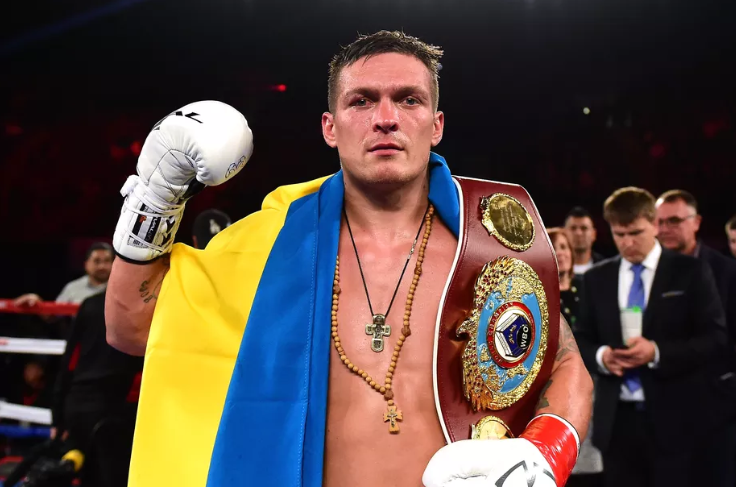 Oleksandr Usyk passed his first major test in the Heavyweight division by outpointing Derek Chisora and winning their high-stakes clash via unanimous decision. Usyk remains the WBO Mandatory Challenger to Anthony Joshua, who watched from ringside, and who he intends to fight in 2021.

“I was very happy to be back in the ring,” Usyk told Matchroom afterwards. “I haven’t fought for more than a year. It was a huge pleasure for me. You saw my smile when I went into the ring. I really want to thank god for this victory. Derek has big power, he has strong punches but I was prepared for it.

“I didn’t think about his boxing IQ. All I was thinking about was the boxing and what I wanted to do. I am very thankful for Derek giving me this opportunity. I am very thankful to this family and his team. I am happy. He is a good man. Anthony (Joshua), how are you? I am coming for you.”

A disappointed Chisora reacted to defeat: “I feel great. I was pushing the pace. I’m just disappointed with the result, gutted. To everybody who can’t make it [to the fight], I’m gutted for everybody. In the Heavyweight game, you have to fight not box. I gave a couple of rounds away.”

It's all love…. and burgers after the fight 🍔❤️#UsykChisorapic.twitter.com/UYecv3p4pK The former amateur World Champion was a class above her Scottish rival from the opening bell and kept herself on course for a potential showdown with American star and former amateur foe Claressa Shields.

“I’m absolutely over the moon,” Marshall told Matchroom. “Fair play to Hannah. She’s an amazing fighter with big heart and I’ve got loads of respect for her. I’m just thrilled to bits. I knew I was good enough. I’ve always known I was good enough. The chances have just never been there for me. Thank god it came tonight. Me and Hannah sold that fight, we really sold that fight. I don’t know what it was like for her but there was no real bad blood there for me.

“With Peter testing positive two weeks ago, I thought that was just typical me! I just had to ride the wave. I think England has got the best female professional boxers. COVID was a blessing because it’s brought them all out. I’m the first female boxer to be an amateur World Champion and a professional World Champion. I beat the men. I beat the men to it. It’s just a dream.

“The pool isn’t that big at the higher weights. I’d like to go up to Super-Middleweight. I’m not really interested in Super-Welter. I think my power stays at Middle. I’ve just battered Claressa Shields’ mate. I’ve just battered her best mate. I’m sure she said Hannah was going to stop me. So what does that say about her boxing IQ. She couldn’t get Rankin out of there. Hannah is a brave fighter. Claressa couldn’t do that. Me against Shields is the biggest fight in women’s boxing. Let’s get it on. I want a piece of it.”