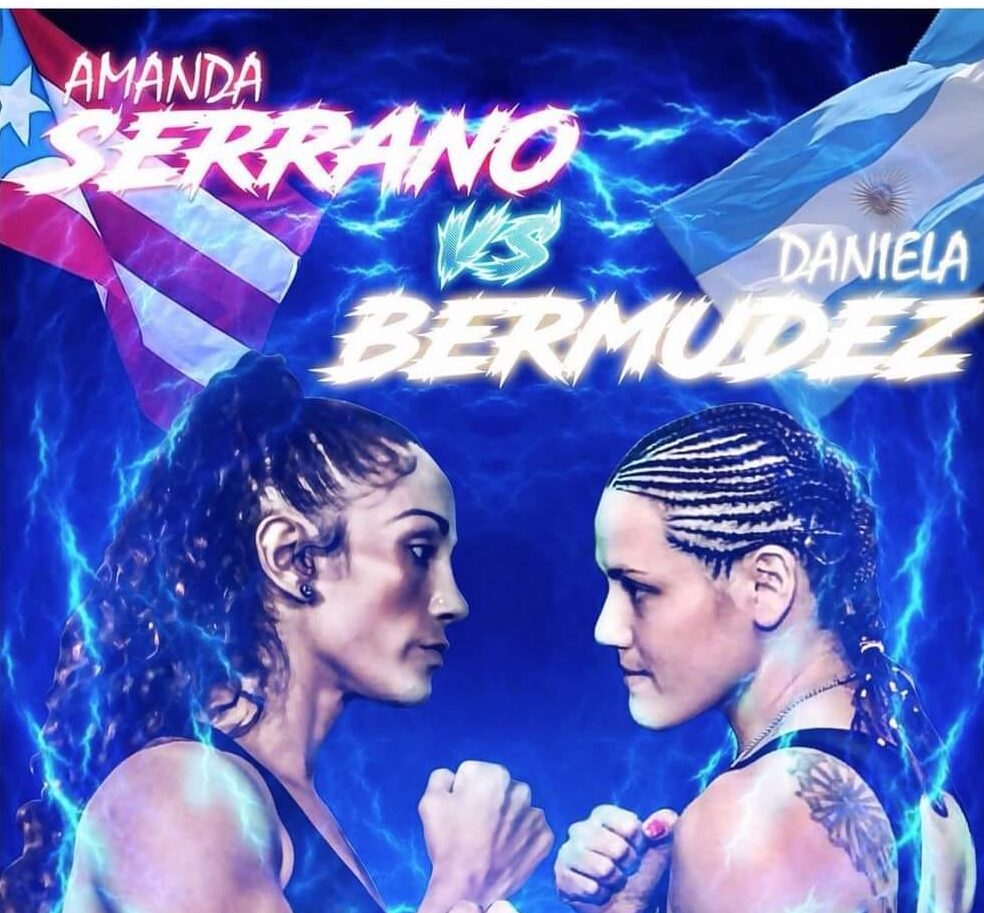 Seven-division world champion Amanda Serrano will return to the ring to defend her Unified WBO Featherweight world titles against current three-division titlist Daniela Bermudez in the main attraction of a Ring City USA event from Puerto Rico on Thursday, March 25 at 9 p.m. ET/6 p.m. PT, live on NBC Sports Network and NBC Sports app in the United States and Puerto Rico. The full card, which will be announced at a later date, will be available on Twitch outside of the United States.

Serrano vs. Bermudez will headline the third event of Ring City’s residency in Puerto Rico and will be presented live from Plaza del Quinto Centenario in Old San Juan, where a ring will be erected in one of the most scenic locations on the island.

“A title fight between Puerto Rico’s own Amanda Serrano and Argentina’s Daniela Bermudez is the perfect way to close out Ring City’s three-event stretch on the island,” said Evan Rutkowski, Head of Boxing, Ring City USA. “A surefire Hall of Famer at just 32, Amanda continues to welcome the toughest challenges and on March 25, she will face a fellow multi-division world champion in Daniela Bermudez. We are committed to women’s boxing at Ring City and highlighting two great champions in a career-defining fight aligns with our vision.”

“Amanda Serrano versus Daniela Bermudez is one of the best fights that can be made in women’s boxing right now. I give huge credit to both champions and their teams for taking such a big risk,” said Lou DiBella, President of DiBella Entertainment. “This clash will provide tremendous action and I am thrilled that Amanda will get to defend her WBC and WBO featherweight world titles on her native island of Puerto Rico. On March 25, the Ring City audience will not want to miss this.”

“This is the best female fight of the year,” said Natalia Rivero of Argentina’s OR Promotions. “Two champions and two of the best pound-for-pound boxers in the world. The words are meaningless, but the action will talk. It is going to be a very ‘Bonita’ fight.”

Born in Puerto Rico and now residing in Brooklyn, New York, Serrano (39-1-1, 29 KOs) will return to the featherweight division to defend the WBO world title which she captured via wide unanimous decision in her most recent championship triumph over Heather Hardy in September 2019 at Madison Square Garden, as well as her newly acquired WBC belt. The 32-year-old southpaw remained active in 2020 with two dominating technical knockout victories, including a first-round knockout over Dahiana Santana in her most recent outing in December. Serrano has captured nine major world titles across the seven weight divisions from 115 to 140 lbs., while holding the honor of being the only Puerto Rican fighter in history to win world titles in more than four weight classes. This will mark Serrano’s fourth professional fight in Puerto Rico and her first bout on the island in over three years.

“First, I want to thank God for giving me life and the strength to do what I do, fight, my promoter, Lou DiBella, who works harder for me than anyone else I know, my team and Ring City for this great opportunity,” said Amanda Serrano. “Lastly, to my opponent, Daniela Bermudez, who I know is an incredible fighter, it takes two real warriors to risk it all for the enjoyment and entertainment of our fans. Just as I take pride in all that I do for my Puerto Rico, Bermudez does it for Argentina. I promise this fight will be a WAR! Bermudez is like me – an exciting, no-nonsense fighter and we will each dedicate this fight to our countries and fans. Don’t blink.”

Bermudez (29-3-3, 10 KOs) of Rosario, Argentina, will move up the featherweight division for an opportunity to capture a world title at a third weight class. In 2017, the 31-year-old captured her first world title, the WBO bantamweight world title vacated by Serrano, with a win over fellow Argentine Soledad del Valle Frias. Bermudez has successfully defended her WBO 118-pound strap five times, including most recently in February 2020 with a ninth-round knockout against Alys Sanchez. In her most recent fight in December 2020, Bermudez bested Cintia Castillo to recapture the IBF super bantamweight world championship that she previously held in 2018. With only 10 knockout wins on her ledger, Bermudez has displayed fight-ending power over the past two years with four stoppage victories in her last six ring appearances.

“Amanda Serrano is a great boxer, I know that she has experience, but I am in my best moment and I am working to give my best as usual,” said Bermudez. “My father and trainer is the one studying her style, to draw up the bout strategy. I am confident in my preparation and my work.

“It is great to fight against one of the best pound-for-pound fighters,” continued Bermudez. “It is going to be a great fight and an honor to represent Argentina abroad.”