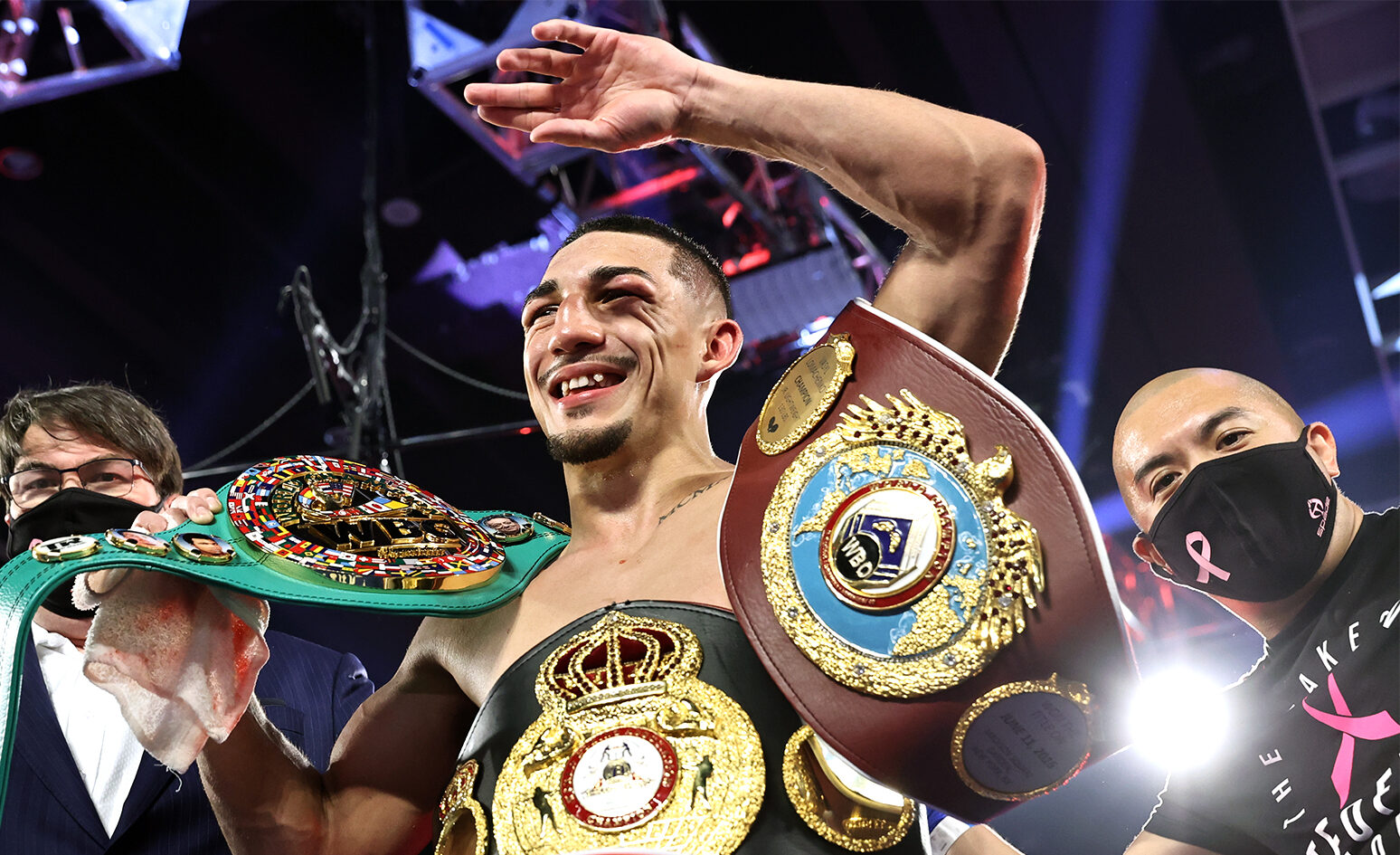 There is a new undisputed WBO lightweight king. Teofimo Lopez toppled Vasiliy Lomachenko by unanimous decision in a superstar-making performance Saturday evening from the MGM Grand Conference Center, and in doing so, he became the youngest undisputed champion (23) in the four-belt era. Said Lopez, “I had to dig deep, man. I’m thankful. I’m grateful. And each and every day, I take that in. I thank God first because I couldn’t do it without him.

“I’m a fighter. I gotta dig in deep. I knew he was coming. I didn’t know if they had him up on the scorecards or not, and I love to fight. I can bang, too. I don’t care, man. I’ll take one to give one. That’s what a true champion does. I find a way to win.

“You just gotta keep pressuring him, press the gas, stick the jab and don’t really give him that opportunity to set up. Every time he did want to throw, I had something ready for him.”

"He showed everything you could possibly want from a champion."

In a battle of junior welterweight contenders, the unbeaten Arnold Barboza Jr. (25-0, 10 KOs) notched the most significant win of his career, surviving a knockdown to defeat former world title challenger Alex “El Cholo” Saucedo (30-2, 19 KOs) via 10-round unanimous decision. Barboza, ranked in the top 10 by two of the major sanctioning bodies, now has his sights on a world title shot. Barboza said, “This was like a championship fight to me. It’s all because of my father {head trainer Arnold Barboza Sr.}, not me. I did this for kids and my father. My dream is to get a house for my kids. I came that much closer today.

“I want a championship fight. No more messing around. No more tune-up fights.”

Eight rounds down, two to go.