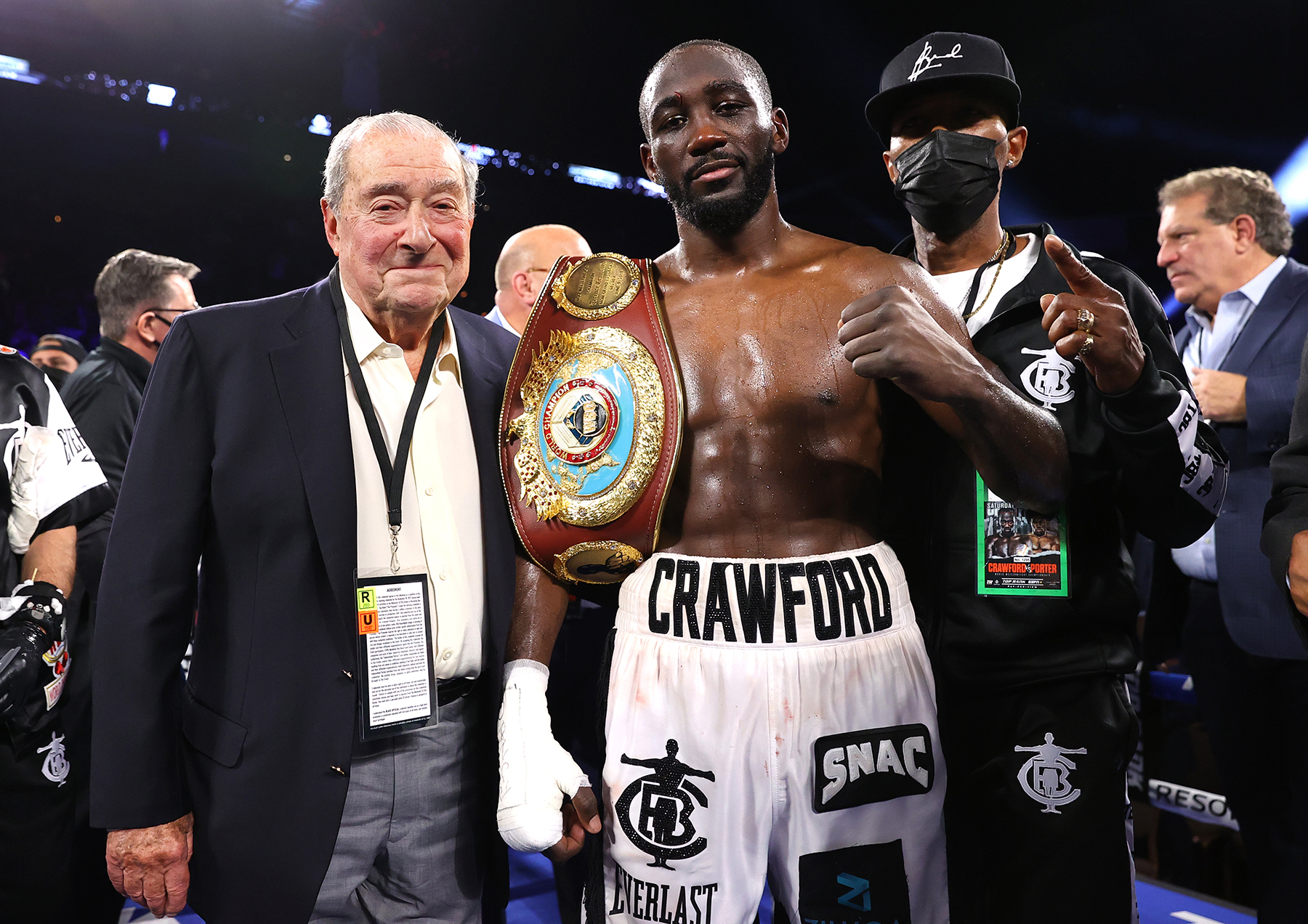 The pound-for-pound king notched his career-defining victory. Terence “Bud” Crawford knocked out “Showtime” Shawn Porter in the 10th round to retain his WBO welterweight world title in front of a sold-out crowd of 11,568 at Michelob ULTRA Arena at Mandalay Bay in Las Vegas.

Crawford (38-0, 29 KOs) made the fifth defense of the title he won in June 2018 and was presented with the stiffest test of his illustrious career. Porter (31-4-1, 17 KOs), who has fought every elite welterweight of this era, made things uncomfortable on the inside.

“(I figured him out in) Round 1,” Crawford said. “I figured that I had the reach and he had to take chances, and he did what he normally does. He tried to maul and push me back, but I used my angles and I pushed him back at times as well. Shawn Porter is a slick fighter. He was doing some things in there and made me think. “I love him. Shawn Porter is a real good friend of mine. I didn’t really want to fight him. We always said we would fight each other when the time was right and I guess the time was right for this fight to happen. I tried to fight the other champions in the division, and that didn’t happen, so I went to the next best thing.”

Porter led 48-47 on all three scorecards after five rounds, but Crawford took control in the second half of the fight. After a dominant ninth round, Crawford scored a pair of knockdowns, and Porter’s trainer and father, Kenny Porter, stopped the fight.

My timing was off and he wouldn’t allow me to get my rhythm,” Porter said. “He’s the best out of everybody I have been in the ring with.”

At the post-fight press conference, Porter announced his retirement. Crawford’s future, meanwhile, remains to be seen.