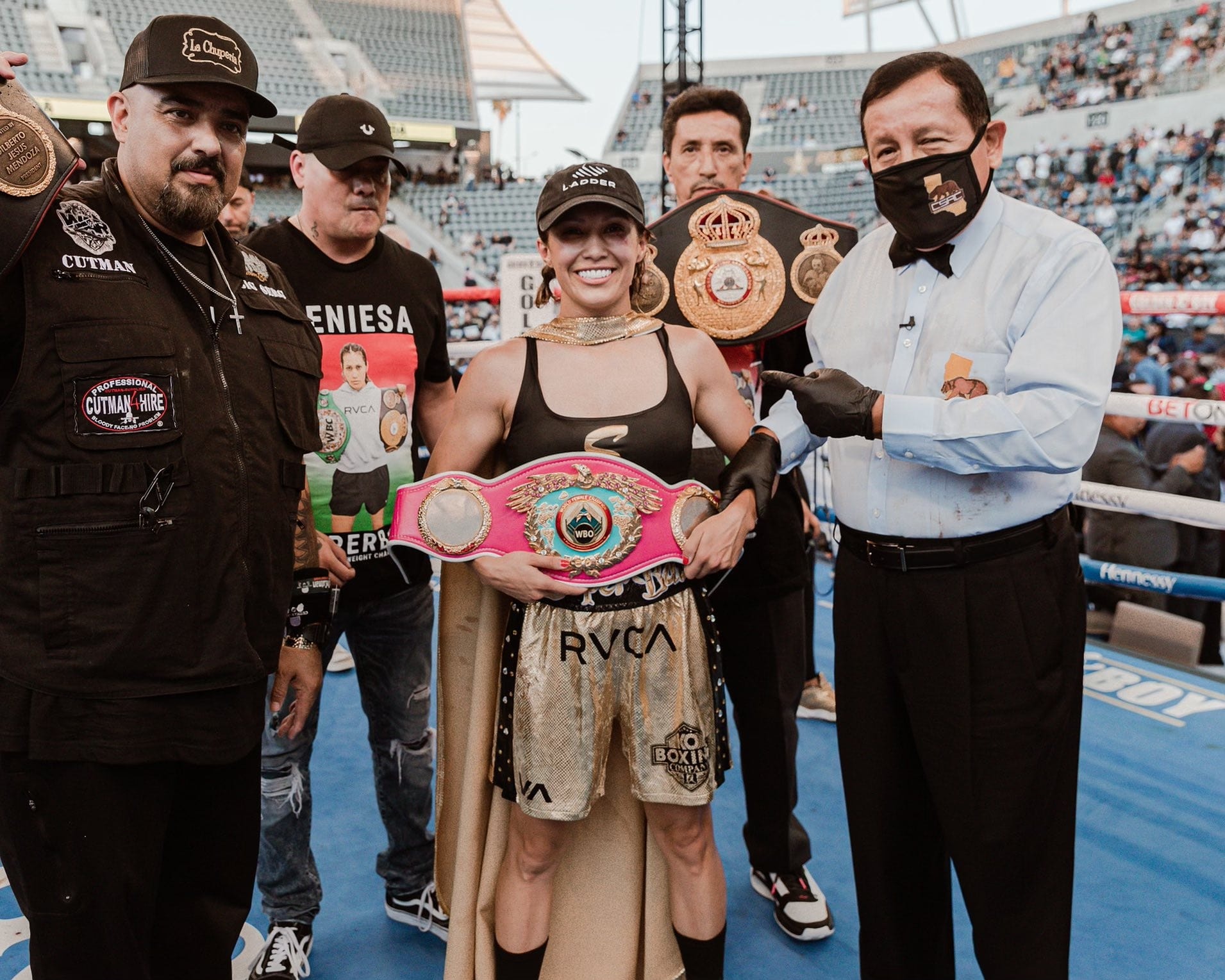 Seniesa Estrada is a world champion in two divisions and, little by little, she begins to realize the dream that she set for herself when she was just a child.

On the night that former Mexican champion Gilberto Ramírez subdued Cuban Sullivan Barrera, the 29-year-old East Los Angeles native worked for 10 rounds to conquer one of the most important victories of her career by beating Japan’s Tenkai Tsunami.

Seniesa conquered the two world crowns in less than four months thanks to clean and striking blows that led her to convince the judges, who showed scores of 99-91, 98-92 and 98-92 on their scorecards.

Seniesa was willing to give in size and weight, but she assured that that had not been a disadvantage and, in addition, allowed her to take the fight to a place not so comfortable for the Japanese.

“It was a very physical fight, I had to use my feet and my movement more, because he is much bigger than me. I didn’t especially feel his power, but I felt it bigger. My coach asked me to use my waist to avoid kickback. The key was body work. I want to be great, I want to be a champion. It doesn’t matter if my rivals surpass me in height and weight, “he told DAZN at the end of the contest.