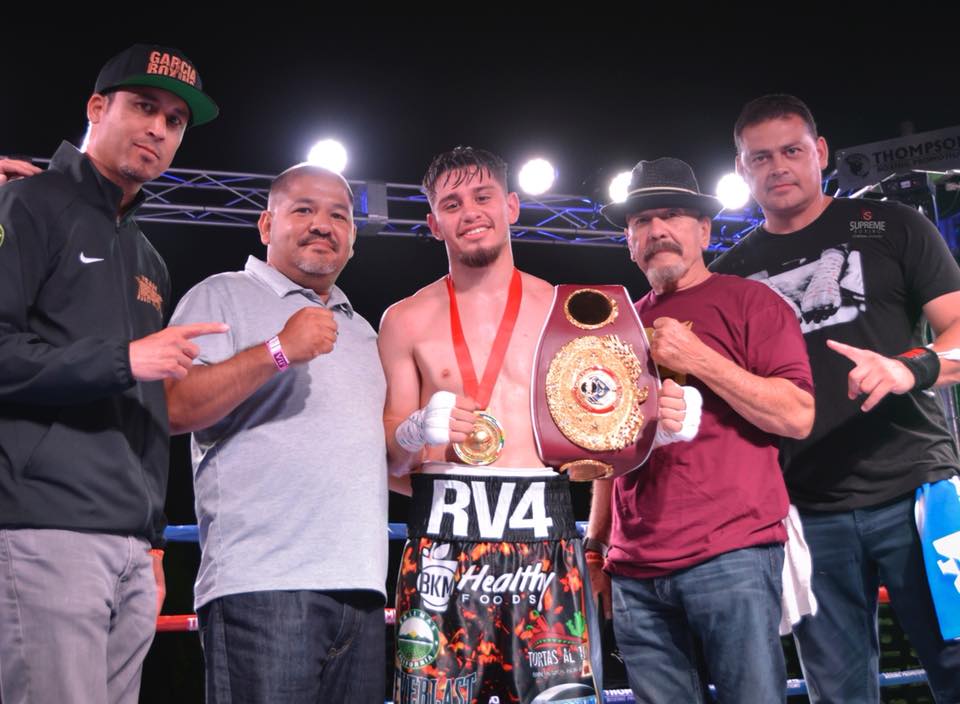 Ruben Villa will defend his WBO International Featherweight title vs. Alexei Collado on January 31 at the Hirsch Memorial Coliseum in Shreveport, Louisiana.

The event is promoted by Banner Promotions, Thompson Boxing and Bishop Promotions LLC. Tickets can be purchased at www.Bishoppromotions.com and prices are $20-$100.

The southpaw Villa has looked impressive in each of his three previous ShoBox appearances, including his debut last January when he outclassed then-unbeaten Ruben Cervera. In May, Villa stepped up to 10-round status for the first time and won a unanimous decision against Luis Alberto Lopez and in September, Villa scored a second-round knockdown against Enrique Vivas en route to a comfortable shutout unanimous decision.

“I know my opponent has a good record at 26-2 and he has heavy hands, but he is wild,” Villa said. “I feel that I am close to a title eliminator by the middle or at the very latest at the end of 2020. ShoBox has helped me with my recognition and showcasing my talent. I am just thankful to be headlining once again on ShoBox. I know I’m close to making that next step up to contender so I have to look impressive on January 31.”

In Collado (26-2, 23 KOs), Villa will face a tough, 31-year-old Cuban currently living and training in Miami. Collado is on a seven-bout winning streak with six KOs and was active in 2019 winning four times, including his last victory via first-round KO against Facundo Eduardo Ased four days before Christmas. Collado won the 2006 Junior World Title in the flyweight division.

“I participated on a ShoBox event in the past and I couldn’t close the show,” said Collado, who made his ShoBox debut in April of 2014 in a 10-round lightweight unanimous decision loss to Rod Salka. “This time the story will be different and I am more than ready for Ruben Villa. Ruben is a young talented boxer but he will not be able to do with me what he was able to do to other guys. I’m far more experienced, much stronger and way smarter than all the guys put together that he has faced so far. This is an opportunity that I will not take for granted, Villa better be ready to get shocked.”