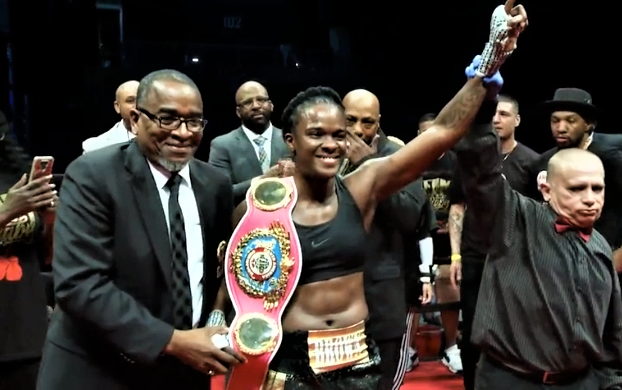 Brown was in complete control in the contest. She landed shots from outside and inside. Gladney tried to compete from the outside, then she tried to work inside on Brown. Neither plan worked due to Brown’s accurate output. Brown didn’t knock Gladney down but she battered her enough to force Kenny Chevalier to stop the contest at 34 seconds of the sixth round.

Below you can watch the boxing card. Brown-Gladney is the co-main event: