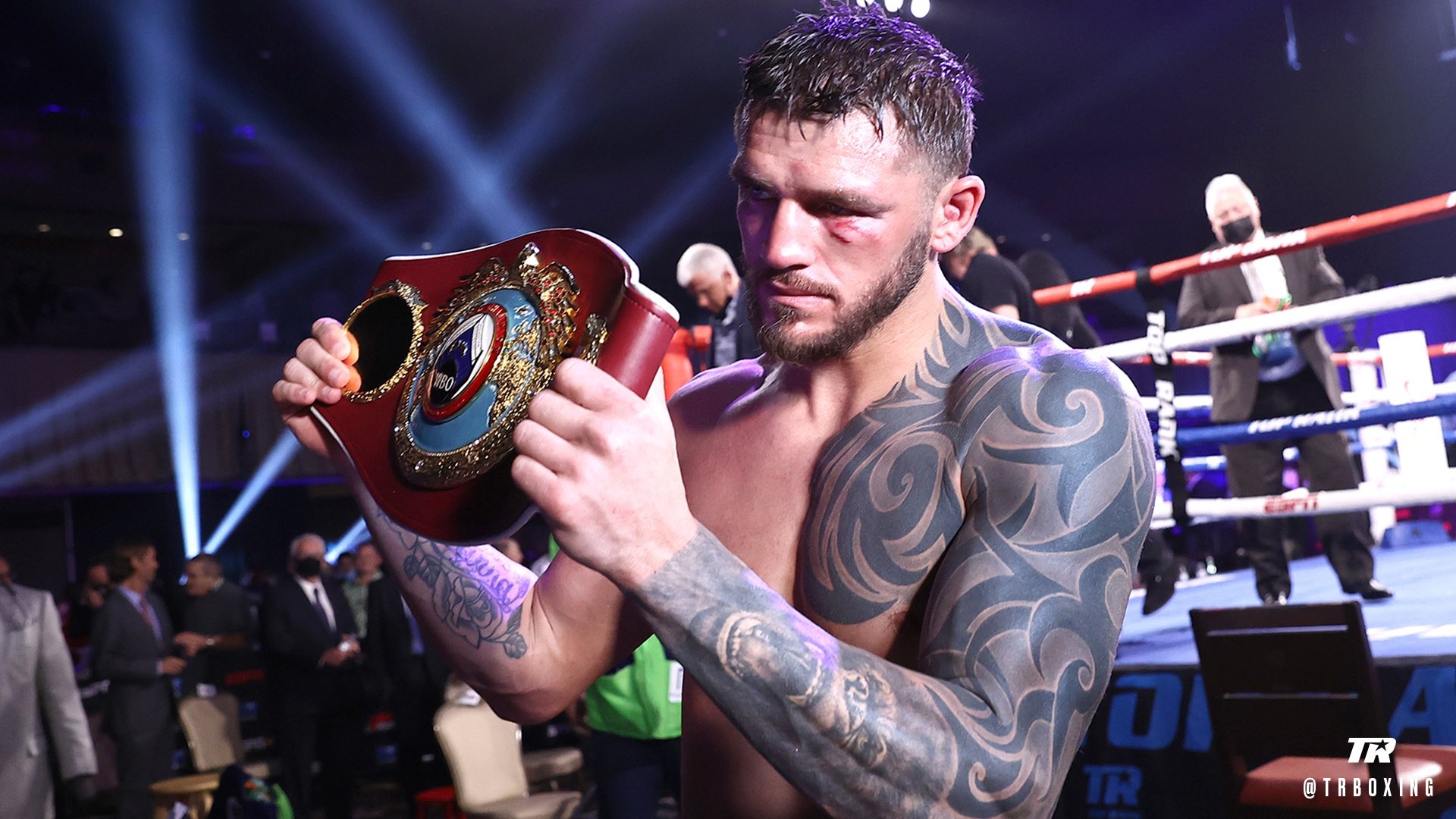 Smith (27-3, 21 KOs), from Long Island, New York, swept the last two rounds on the cards to pull out the victory and joins promotional stablemate Jamel Herring as a Long Island-born world champion. He now sets his sights on the division’s other champions, including WBC/IBF king Artur Beterbiev.

Smith said, “It’s a great feeling. It was definitely a close, tough fight. I give it to Vlasov. Great fighter. He really put on a great show tonight and toughed it out. I believe that round where I hurt him there… I believe he had his head down, and I should’ve got the knockout. I think I would’ve got the stoppage in {the 11th} round, but he pulled it off and made it out on his feet. I believe I got the victory tonight because they saw I landed the harder shots. He landed a lot of punches. It was a great fight.

“I want the other belts. I want the big fights out there. Now I gotta get back in the gym and keep working on my technique and stuff. I believe I’m going to start unifying belts.”

Vlasov disagrees with Smith’s assessment of the fight and believes the world title should be going home to Russia.

“This was a very hard-fought, competitive fight,” Vlasov said. “I thought I was winning rounds and was well ahead. Against the aggressive style of Joe Smith, I came forward the entire fight. I felt confident I was winning and was securing rounds in the bank with the judges. I never felt that I was behind at any stage of the fight. This was my opportunity to show the world I was a world champion, and I did that, and Joe Smith knows I did that.”