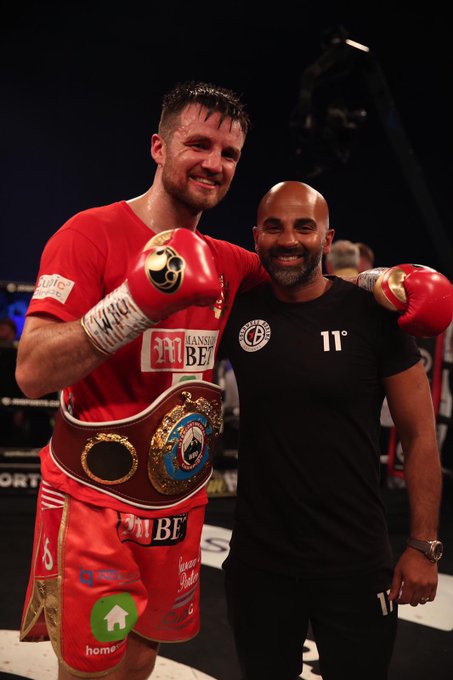 After suffering his first pro loss back in March against Scott Fitzgerald, Anthony Fowler bounced back with a solid win over veteran and former world title challenger Brian Rose in Liverpool, winning a clear unanimous decision over 10 rounds for the vacant WBO Inter-Continental Middleweight title.

Rose (31-6-1, 8 KO) still looked like he had enough in the tank to test up-and-comers, but the 34-year-old fighter is certainly past his prime, and Fowler (10-1, 8 KO) was able to box effectively behind his jab, though the fight did step up in excitement down the stretch, with Rose having a little success late, including causing a cut on Fowler’s right eyebrow. But Fowler closed as well as he started, hurting Rose in the 10th and final round and putting an exclamation point on it.

Fowler said he’s open to a rematch with Fitzgerald, who is likely going to face British 154-pound champion Ted Cheeseman this fall.

Rose said he felt like he was second on everything in the fight, sounding a bit dejected by being beaten soundly over the distance. Rose sounded like he’d consider retirement, but Fowler said he felt Rose has plenty left to continue on.