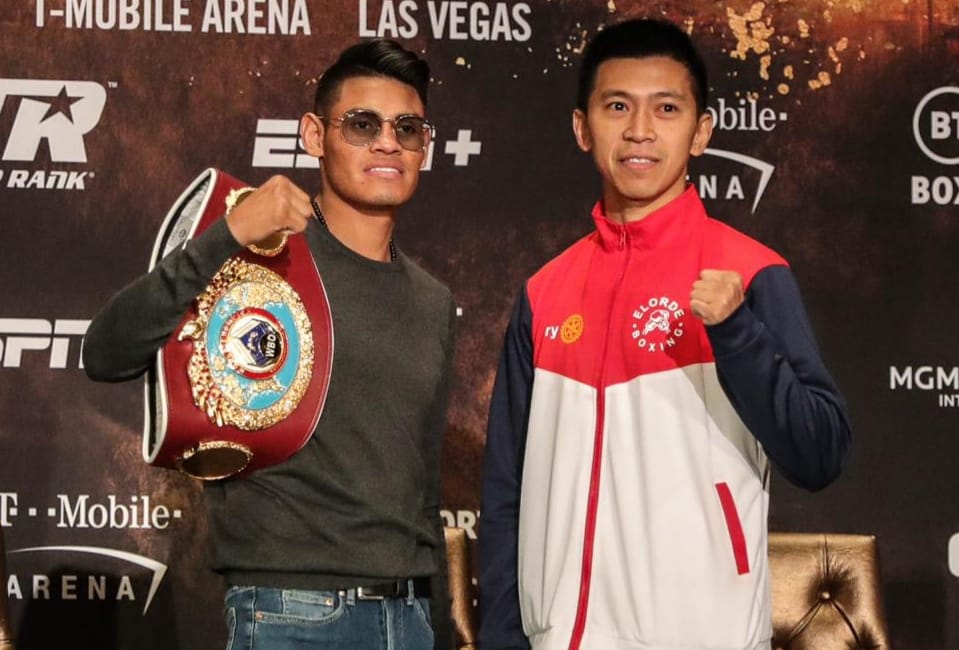 This is what the fighters had to say.

“If you’re a fighter, you want to fight as much as possible. This kid here, if he could, {if it wasn’t for} injuries and so forth, would fight eight times a year and be happy.”

“I was very surprised {to get the offer to fight on short notice}, but I knew it was a great opportunity so we took it. My mentality was I had to train harder and not take a long break because we knew the opportunity that was in front of us.”

“I want to thank Bob Arum. He gave me the opportunity to fight for the title against {Isaac} Dogboe, then the rematch, then De Vaca. Now I’m here, a big card. I just want to tell {Bob}, if he lets me, I want to fight in December, too. I will give it my all and show everyone I’m doing things the right way.”

“I want to do my best at 122 {pounds}, and the biggest thing in the division is to unify titles. If my body permits it, I’m going to stay here and unify titles. But if not, I am going to move up, and I have a great career in front of me.”

“It’s a big opportunity, a great experience for me. I’d like to thank everyone for giving me this chance.”

On taking the fight on short notice

“We’re ready because this is a once-in-a-lifetime opportunity. When they called, we accepted the challenge because every boxer wants to be a world champion.”

“This is my dream, to become a world champion. I think it’s coming to reality. Thank you, Mr. Bob Arum.”