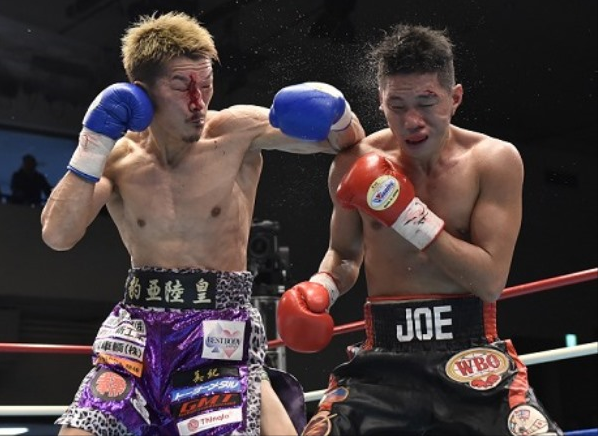 They often made head-collisions from the start with Noynay bleeding from a cut at the left eyebrow and Ogawa also from a gash at the almost same place. The puzzling lefty Noynay was in command in the first round, but the more muscular Ogawa seemingly took the initiative with solid left hooks following straight rights to the Filipino thereafter. The fifth, however, saw them collide accidentally again with Noynay so badly bleeding that the ring physician advised the ref Someya to call a halt. Iida (Japan) saw the close affair 49-46 for Ogawa, Tapdasan (Philippines) 48-47 for Noynay and Sugiyama (Japan) 48-48, making it a technical decision split draw. They may deserve a rematch since Ogawa was accelerating his rhythm and work rate as the contest progressed.