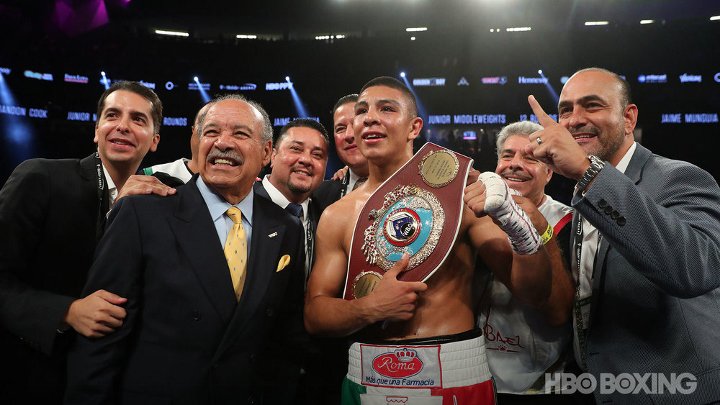 Promoter Oscar De La Hoya announced early Sunday morning that Mexico’s Munguia has entered a co-promotional agreement between his company and Zanfer Promotions. Zanfer has worked with the 22-year-old Munguia throughout his five-year pro career. 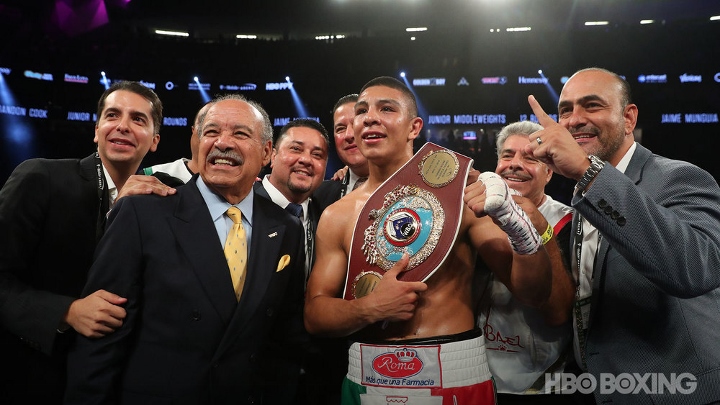 “We’re happy to announce that we signed a multi-fight deal with Munguia and Zanfer Promotions,” De La Hoya said during the Canelo Alvarez-Rocky Fielding post-fight press conference at Madison Square Garden. “So we wanna thank our partners, Zanfer Promotions.”

For Munguia (31-0, 26 KOs), this Golden Boy/DAZN deal helps keep him in position to land a shot at Alvarez (51-1-2, 35 KOs), who knocked out England’s Fielding (27-2, 15 KOs) in the third round Saturday night. The Tijuana native would have to move up from 154 pounds to 160 to secure that high-profile opportunity, but he is more than willing to do that.

“Too early now,” De La Hoya said regarding Munguia possibly boxing Alvarez. “He’s obviously fighting at 154. As you see, Canelo’s fighting at 160 or 168. But yes, you’re right, Munguia is a monster.”

Munguia emerged as a potential star when he overwhelmed Sadam Ali in their WBO 154-pound championship match May 12. A late replacement for an ill Liam Smith, the hard-hitting, rugged Munguia knocked down Brooklyn’s Ali four times on his way to a fourth-round technical knockout victory at Turning Stone Resort & Casino in Verona, New York.

Munguia has since defended his title against England’s Smith (26-2-1, 14 KOs), a former WBO champion who then was the mandatory challenger for Munguia’s championship. Munguia dropped Smith in the sixth round and beat him by unanimous decision in their 12-rounder July 21 at Hard Rock Hotel & Casino in Las Vegas.

By Keith Idec, senior writer/columnist for BoxingScene.com. He can be reached on Twitter @Idecboxing.