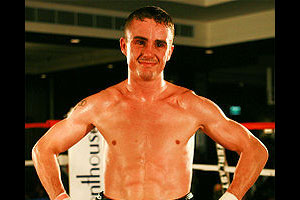 WBO #5 featherweight Joel Brunker (21-0, 13 KOs) outscored Filipino Ti Yamagata Aguelo (15-7-1, 9 KOs) over twelve rounds at the Richmond Club, Richmond, NSW, Australia on Friday to defend the Interim WBO Oriental title successfully. Scores were 116-112, 116-112 and 115-114. Aguelo came to fight, but Brunker outworked his opponent in most of the rounds. This was the third opponent from the Philippines in 2011 that Brunker has defeated which include Reynaldo Belandres and Freddie Martinez. Brunker is now scheduled to box on undercard of IBF middleweight champion Daniel Geale’s next title defense on February 29, 2012. Brunker is managed by Angelo Di Carlo.