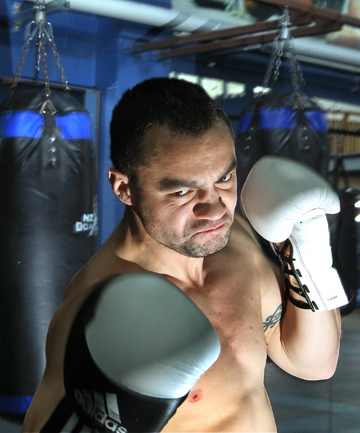 Otorohanga boxer Daniel McKinnon has been in this position before, but is confident he can now push toward an eventual world title fight due to having “world class management”.

The 29-year-old has returned from Brisbane where last week he won the WBO Oriental light heavyweight title by beating Australian Mark Flanagan.

McKinnon, in his 20th year of boxing, won the bout on a controversial split decision, yet felt like he completely cleaned up his 22-year-old opponent.

“Every time he tried something I just stepped it up another level and shut him down, and the whole fight he didn’t know what to do,” McKinnon said of the bout which screened live on Sky Sport in New Zealand and on Fox Sports in Australia.

“It’s even got him on footage saying to his coach ‘What do I do?’

“Cyril Cairns, who was the judge that went against me, he has judged nine of Mark Flanagan’s fights. We’re only human so I’m guessing maybe he was a bit blind in one eye or something for the fight and decided to only see what Mark Flanagan threw.”

McKinnon won the WBO Oriental super middleweight title in 2008, has fought a world champion and competed on Australian reality television show The Contender, but now has a secret weapon.

That is Shane Cameron and the people behind the New Zealand professional – manager Ken Reinsfield and trainer Henry Schuster.

They are performing the same roles for McKinnon, who works Monday to Thursday as a personal trainer at Shane Cameron Fitness in Auckland after having helped Cameron prepare for his fight against Monte Barrett.

“It’s been a huge asset to my career, just having Shane to spar with and just his facilities and everything to use, it’s been really good,” McKinnon said.

When the latest rankings for the WBO come out McKinnon will be ranked in the top 10 in the world and is looking to defend his title in the coming months, most likely in New Zealand and possibly on a Cameron undercard.

That fight will also be an IBO world regional title bout with McKinnon keen to get his name into other organisations’ rankings to give him a better chance to fight for more titles, with a world title shot in the offing.

“It’s just about really creating a big name for yourself to make it more worthwhile for television, that’s how you get your world title shots,” he said.

“It’s a bit of a battle at the moment to get there but we’re on a good path.”