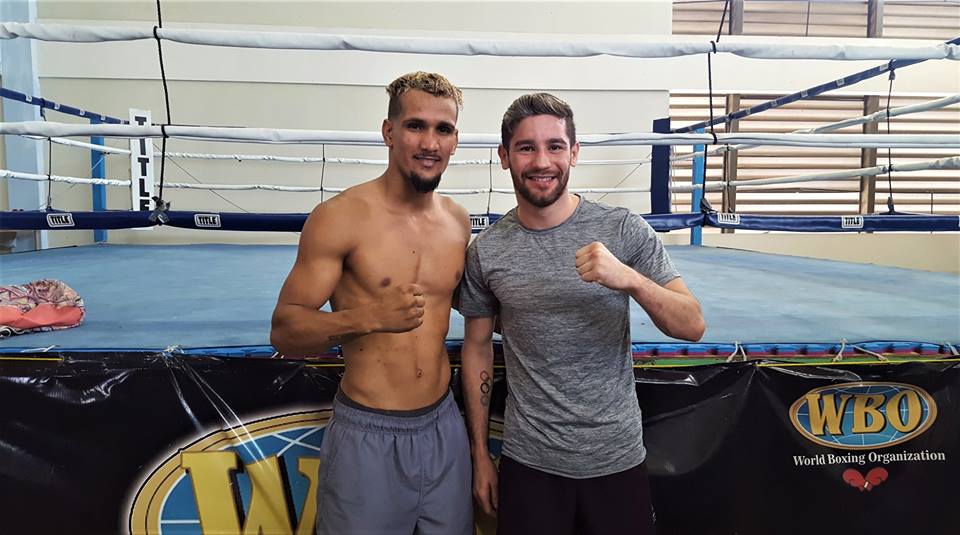 THIS FRIDAY JULY 27, headline title matches in a show to be held at the Hotel El Prado in Barranquilla, Colombia.

The two-time Olympian Jeyvier Cintron (6-0, 4 KOs) will fight for the vacant World Boxing Organization (WBO) Youth Bantamweight championship when he takes on Venezuelan Gregory Vera (12-1, 6 KOs). The Puerto Rican boxer traveled with his team led by his trainer and former double world champion Ivan “Iron Boy” Calderón. This will be the fifth fight in 2018 for Cintron.

While, Luis ‘Popeyre’ Lebrón (11-0-1, 5 KOs), #12 ranked by the WBO in 126 pounds and trained by Raymond Bernard, will defend his WBO Latino Featherweight title against the Venezuelan Milner Marcano (14-4, 10 KOs) in a bout scheduled to 10 rounds. Lebrón won the belt in April when he beat Luis Ruiz in Colombia.