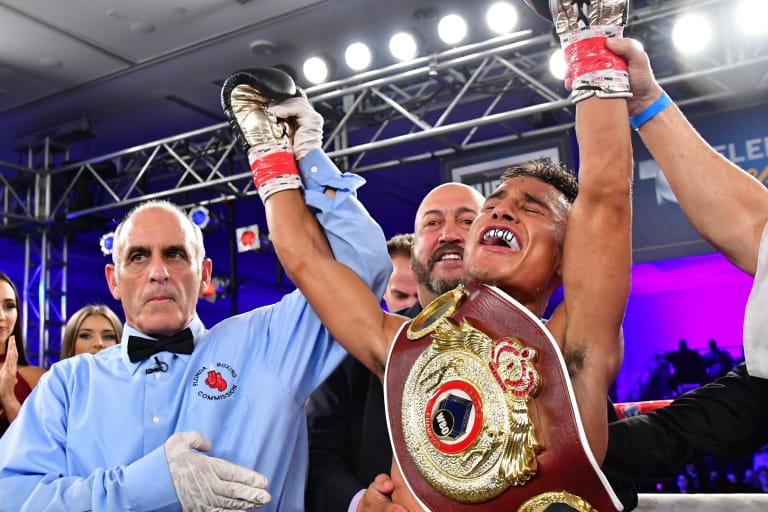 Last Friday, hard-punching WBO #1 rated bantamweight Ricardo “Hindu” Espinoza (23-2, 20 KOs) of Tijuana, Mexico scored a sudden tenth round TKO over former two-time world title challenger Ricardo “El Matematico” Nunez (29-9, 23 KOs) on Friday night at the Seminole Hard Rock Hotel & Casino in Hollywood, Florida. Espinoza looked headed to a unanimous decision when he rocked Nunez in the tenth round and got a referee’s stoppage with a barrage of shots that left Nunez helpless along the ropes.

It was a much tougher “stay busy” fight than customary for a #1 contender with a title challenge on the horizon. The two seasoned pros exchanged with authority over and over, with Panama’s Nunez winning his share of the trades.

But, in the end, the world-class power that has the Tijuana native Espinoza on the cusp of a world title came through in the form of an extended barrage that finished things a minute earlier than scheduled.