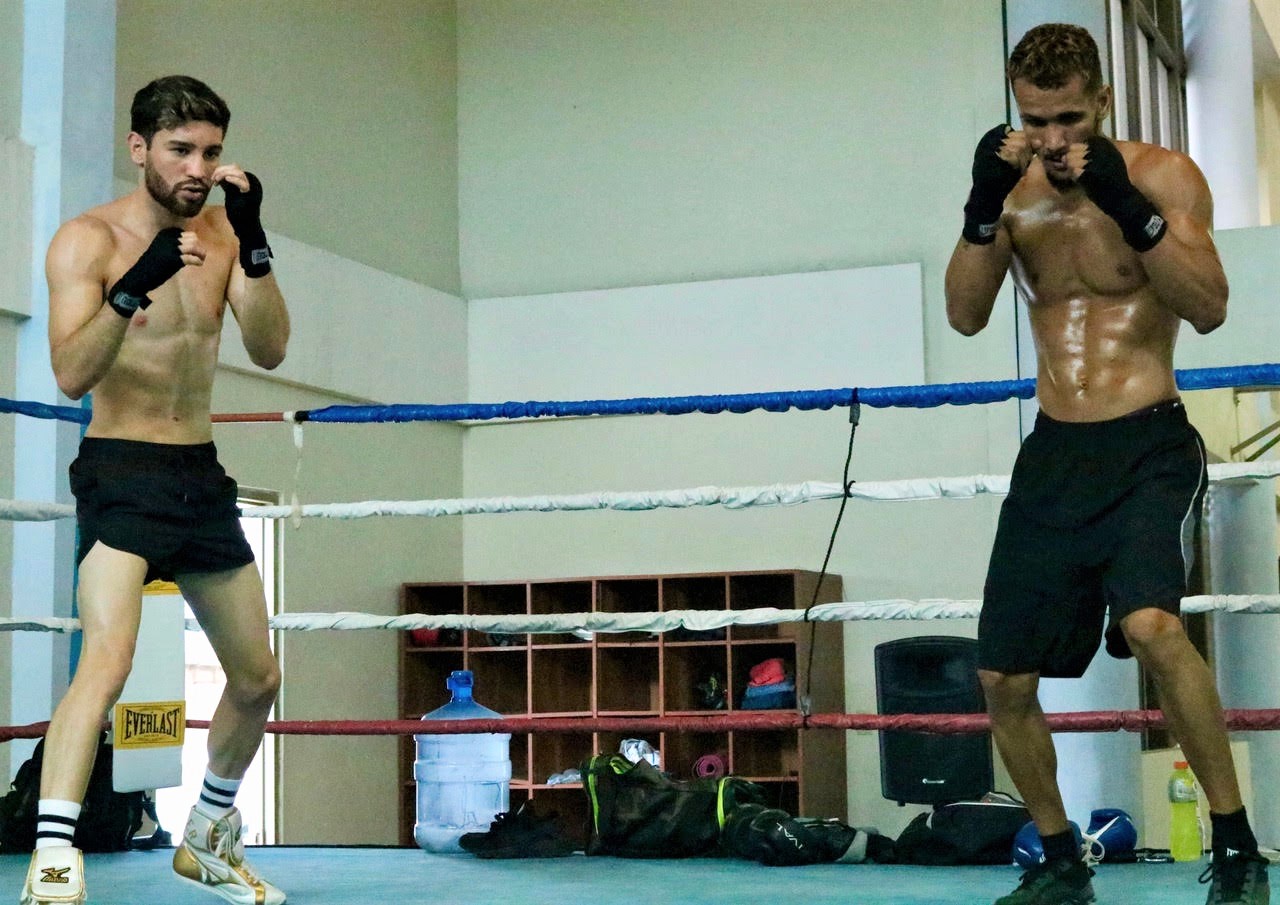 Puerto Ricans Jeyvier Cintron and Luis “Popeye” Lebron showed part of their training for their important matches on Saturday, September 1, in the return of the series “Sabado de Campeones en Casino Metro Boxing Nights”, which will be held in the Sheraton Puerto Rico Hotel & Casino in San Juan, in a presentation of PR Best Boxing Promotions (PRBBP), to be broadcast on Wapa Deportes.

The fighters held a training for the media this afternoon at the Félix Pagán Pintor Gym in Guaynabo, Puerto Rico, en route to their Saturday bouts.

The two-time Olympian Cintron (7-0, 4 kos), who has just been crowned last month as WBO Youth champion at 118 pounds, will fight for the first time as a professional at 115 pounds when he faces Mexican Francisco Alonso Melendez (15-2, 13 kos) for the vacant WBO Latino title in that weight. Cintron is confident to overcome the challenge.

“I had this opportunity to fight at 115 pounds and I accepted the challenge, it’s a weight I have not done for a long time, but I like challenges, things that are difficult,” Cintron said during training with former two time world champion Ivan “Iron Boy” Calderon. “Also, we go 10 rounds and that fills me with motivation to show what we’re made of.”

“The training has been strong, since we are classified in the WBO and we are aware of that, we have to be ready for any kind of combat, we are going to show that we can be in that ranking”, said Lebron, ranked #12 by the WBO at 126 pounds.