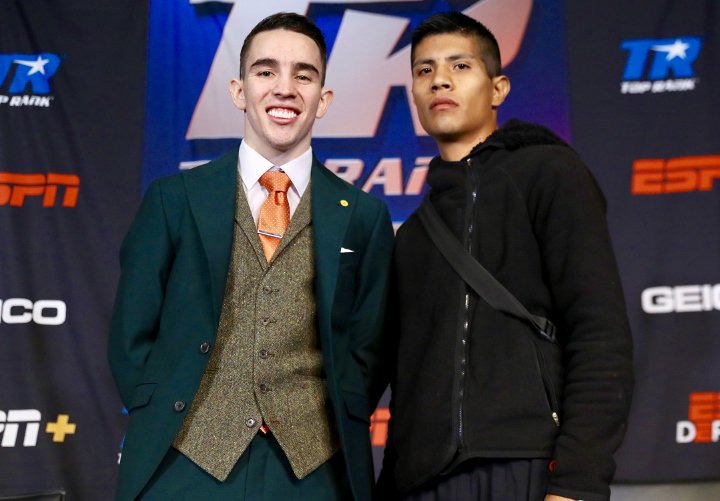 Conlan (10-0, 7 KOs) will defend his WBO Intercontinental Featherweight strap against Ruben Garcia Hernandez (24-3-2, 10 KOs) on Sunday in a 10-rounder in the special attraction.

“It means the world for me to be fighting at Madison Square Garden, especially on St. Patrick’s Day. It’s a special day for me and my country. For me to come here and represent and kind of shine the light for Irish people on St. Patrick’s Day, it’s very, very important.”

“I think this is a big year for me. I want this to be my breakout year. Each fight now is very, very important. Every fight is more important than the last. I feel this year could set me up for a huge world title fight next year, or maybe even later this year, which would be fantastic. I feel my progress has been fantastic over the last four years, so I’ve been steadily going up {the rankings}.”

“St. Patrick’s Day is normally a crazy day, but when you have an Irish guy fighting at Madison Square Garden, it makes it even more special.”

“I feel very happy for the opportunity. I have never fought here before. I know it’s a big opportunity, and I’m going to give it my all.”

“We know it’s going to be a tough challenge because a lot of people are going to be supporting him. I’m not going to be thinking about that. In the ring, I’m just going to focus on beating him and winning the fight.”