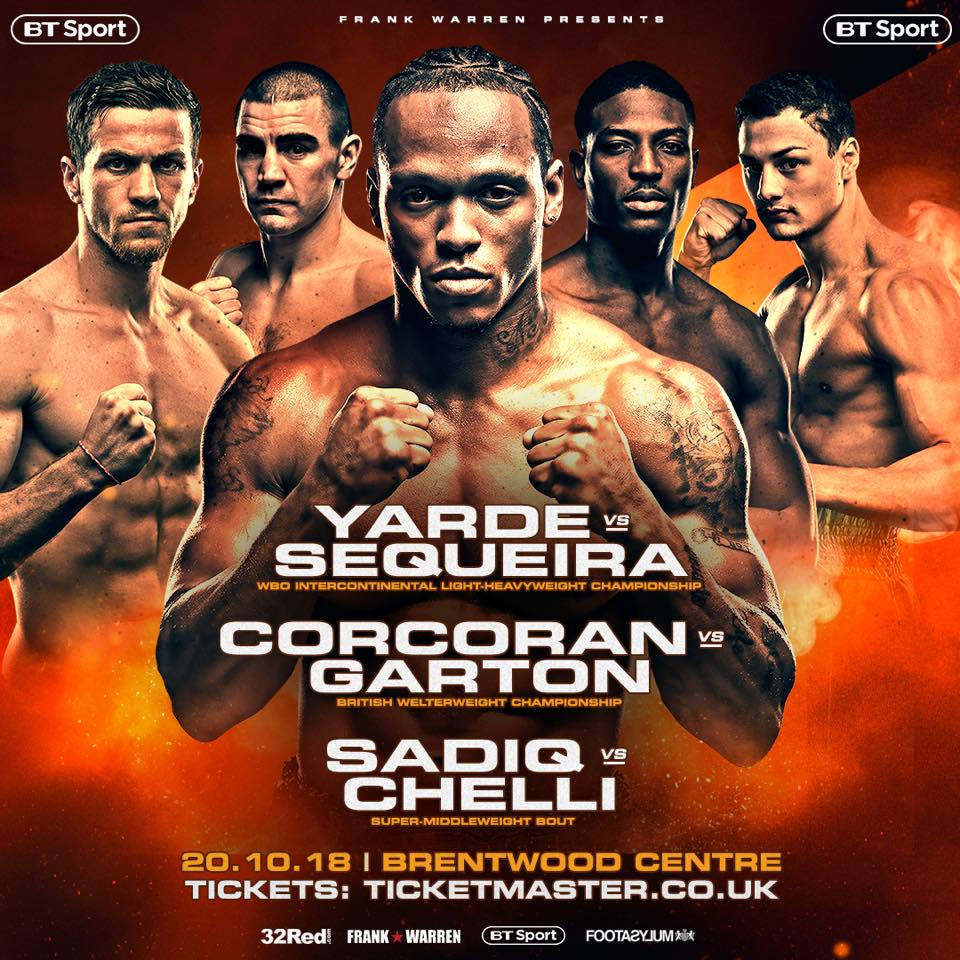 Saturday: Yarde-Sequeira to Highlight Afternoon of Boxing on ESPN+

One of the heaviest hitters in the light heavyweight division, Anthony Yarde, will play the role of headliner on Saturday when he defends the WBO Intercontinental title against Walter Gabriel Sequeira at the Brentwood Centre in Brentwood, England. Yarde-Sequeira highlights a stacked card of boxing that will stream live in the United States beginning at 2:30 p.m. ET on ESPN + — the new multi-sport, direct-to-consumer subscription streaming service from The Walt Disney Company’s Direct-to-Consumer & International segment in conjunction with ESPN.

“I could fight for a world title and win it, but it is about getting to that stage and staying there,” Yarde said. “I had 12 amateur fights and just 16 professional fights, so I am inexperienced. I want 10 years in boxing and I have been professional for three years, so with seven years left, there is no rush.”

Yarde (16-0, 15 KOs) has not gone the distance since his second pro fight and has 10 knockouts in the first or second round during his 14-bout knockout streak. A native of the Hackney borough of London, Yarde captured the WBO European light heavyweight crown in July 2017 with a first-round TKO against Richard Baranyi. He has a pair of seventh-round knockout wins in 2018, and in June, he became the first man to stop Dariusz Sek as a pro. Sequeira (21-4, 15 KOs) is riding a four-bout winning streak and has only been knocked out once as a professional.