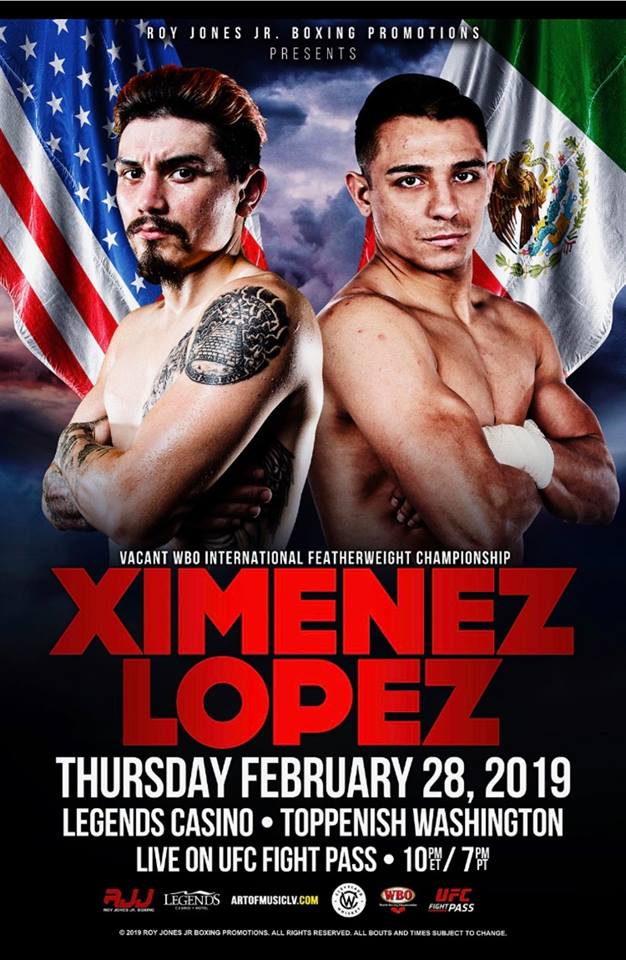 Ximenez vs. Lopez will headline a card to be streamed live on UFC FIGHT PASS, starting at 10 p.m. ET / 7 p.m. PT. The show is the third under a new agreement between Palicte’s promoter, RJJ Boxing, and FIGHT PASS, to live stream up to 72 professional boxing events over the next three years.

The 25-year-old Ximenez, who is the former Texas State featherweight champion, won a 10-round unanimous decision in his most recent action against 111-fight veteran German Meraz last July.

Lopez has won four in a row. His most notable career win was a 10-round unanimous decision over 10-1 Christian Bielma, on October 28, He will be fighting outside of his native Mexico for the first time in his 3-1/2-year pro career.

“I feel very motivated for the opportunity to fight on UFC Fight Pass against such a great fighter like Ray Ximenez,” Lopez commented. “I took this fight because I am 100-percent confident that I can defeated Ximenez and become the new WBO International featherweight champion. I want to thank Legends Casino Hotel for inviting us and Roy Jones Jr. Boxing Promotions for the opportunity.”