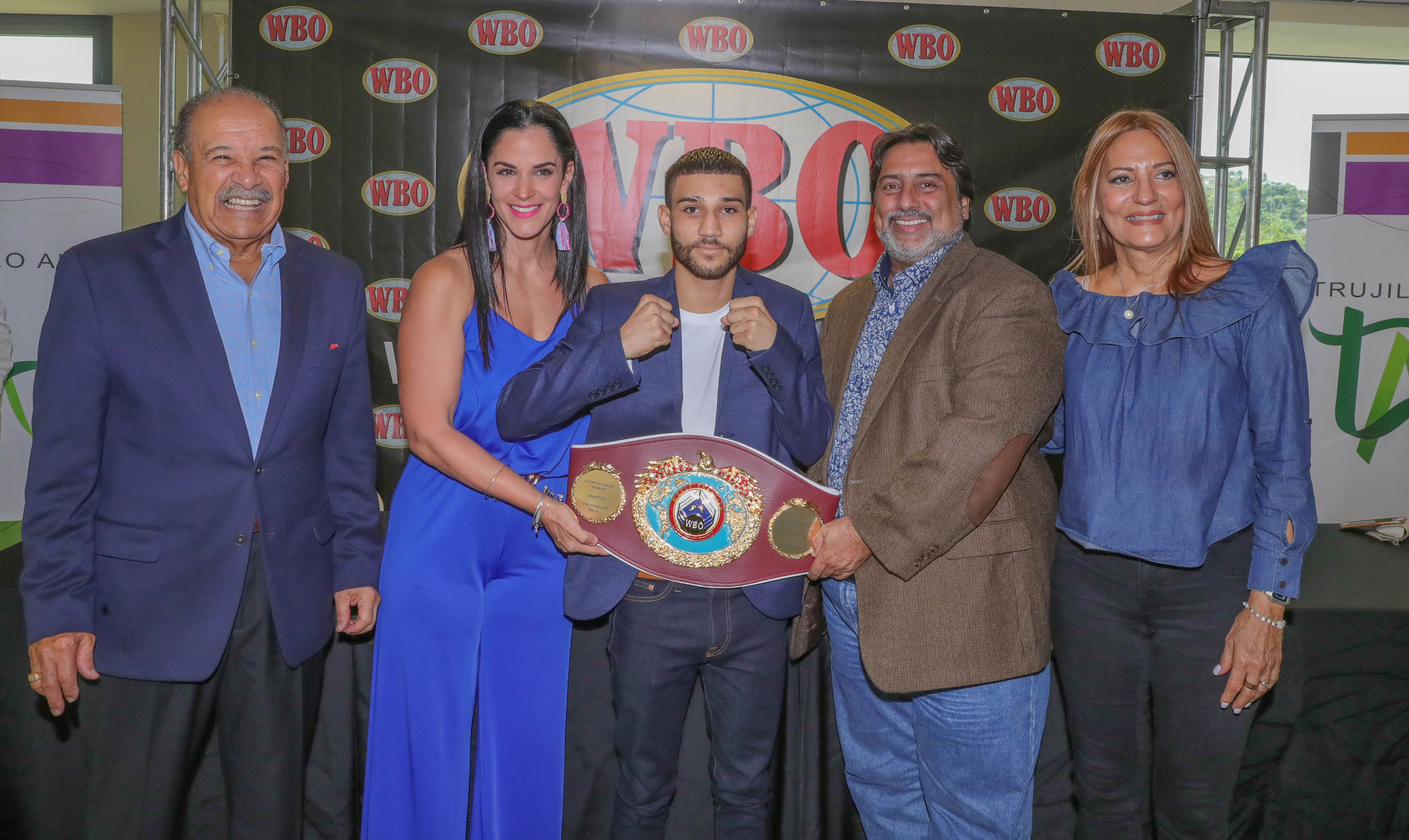 “I’m still super excited. When I saw the video (of the fight) it gave me an unreal feeling. None of this wasn’t possible if it wasn’t for my brother (boxer Bernard Lebron). I saw him trying to lose weight, I said I wanted to follow him, I became a champion, but behind me there is a humility that recognizes those who gave me the opportunity. I became a champion at the perfect time. I will continue to work hard and it will be my turn to keep myself,” said Méndez.

WBO President Francisco “Paco” Valcárcel,Esq. said that “now it is going to be difficult for you because you have to keep and defend the title. You are an example for children to be a good citizen. That is the responsibility you assume today. Anyone can be a world champion, but not everyone holds himself as long-term champions.”

Bimbito Méndez (14-1, 5 KOs) beat Saludar (19-4, 10 KOs) by unanimous decision to become the third Puerto Rican to win a 105-pound title in history joining Ivan “Iron Boy” Calderón and Álex “El Nene “Sánchez, besides being the only Puerto Rican (male) with a world title at the moment.