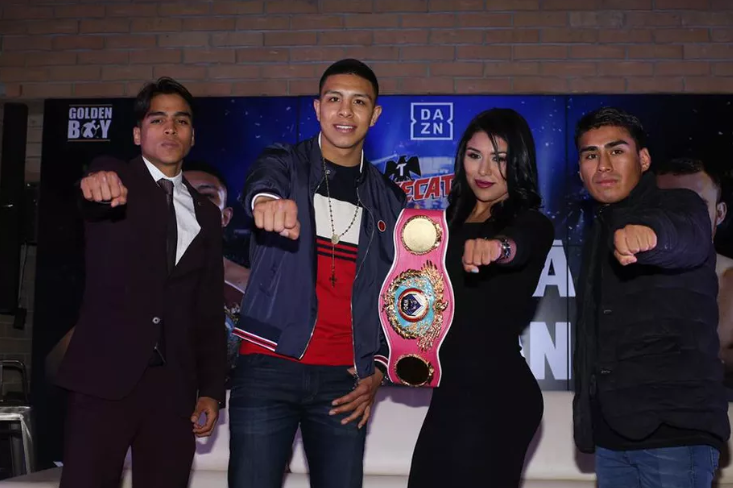 The fight between WBO Junior Middleweight titleholder Jaime Munguia and mandatory challenger Dennis Hogan was officially announced yesterday, and the April 13 card is set to take place at Arena Monterrey in Monterry, Mexico, streaming live on .

Munguia (32-0, 26 KO) will be making the fourth defense of the belt he won in May 2018 from Sadam Ali, having already turned back challenges from Liam Smith, Brandon Cook, and Takeshi Inoue, last fighting on Jan. 26 in Houston.

The 22-year-old Munguia, whose long-term future is at 160 pounds given his size at 154, will be a massive favorite against Hogan (28-1-1, 7 KO), a 34-year-old fighter born in Ireland and based in Australia. Hogan’s most notable fight to date came in 2015, when he lost a decision to Jack Culcay.

It was also reported recently that Diego De La Hoya (21-0, 10 KO) will return on the card against an opponent to be named. The 24-year-old De La Hoya will be moving up to the featherweight division after repeated trouble making weight at super bantamweight.

WBO women’s flyweight titleholder Arely Mucino (27-3-2, 10 KO) will also be in action, as well as junior flyweight Daniel Valladares (19-1, 11 KO) and featherweight Irving Turrubiartes (18-0, 12 KO). You may recall that Mucino was set to defend against two-time Olympic gold medalist Nicola Adams (5-0, 3 KO) on March 8, but Adams suffered an injury in training and had to postpone the fight.