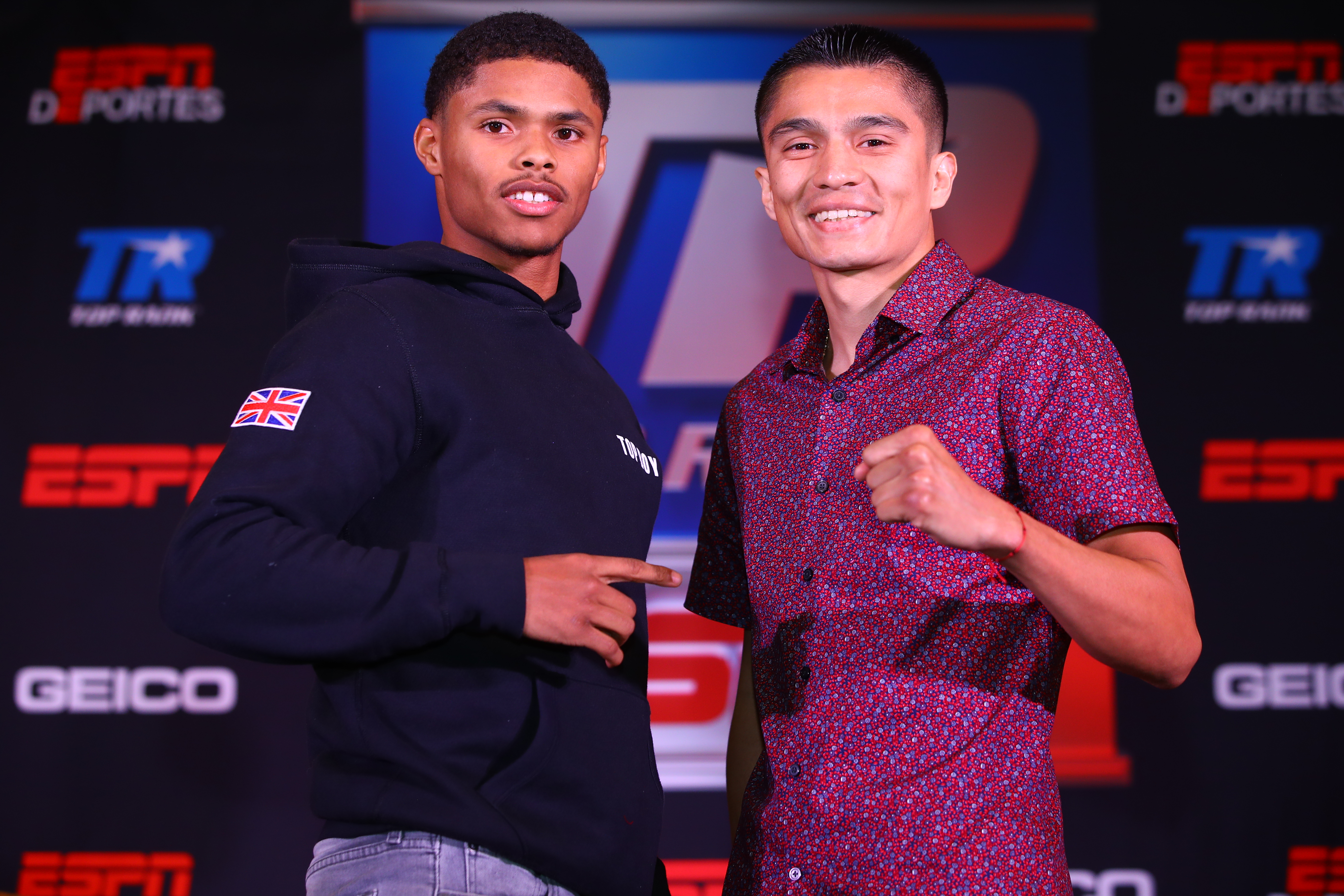 The vacant WBO Featherweight World Title bout between Shakur Stevenson and Joet Gonzalez is boxing’s version of the Hatfields and McCoys, a long-simmering grudge match that will be settled Saturday evening at the Reno-Sparks Convention Center.

At the final press conference Thursday, this is what the fighters had to say.

To Gonzalez: “I also think in 2012 when he was fighting them bums, I was a freshman in high school at the time, bro. So I understand why you’re mad at me, bro. It’s all good.”

Gonzalez’s response: “Ain’t nobody mad at you. Just show up Saturday and come to fight.”

“I’m not sleeping on him. If I’m being honest, I always said Joet was good. Go look at my Tweets from two, three months ago. I always said he’s a good fighter. He was the one who got up there and said Shakur was overrated. Saturday, he gotta put up everything he said.”

“I most definitely had the harder road. Like you said, he was an Olympic silver medalist. He got the fast track. He got {a title shot} in two years. It took me seven years. I’ve been pro since 2012, so I’ve had the longer road. I have more experience. I’m older, more mature, and I think that is going to help me out Saturday night.”

“His biggest test, as a pro or an amateur, is obviously for a world title. He’s gonna have to do some crazy thing to beat me because I’m not leaving Saturday without that belt.”

“I’m just anxious because all the hard work, it’s already been done. Now we’re just counting down the days, letting the days go by. Tomorrow will be weigh-ins and Saturday will be fight time.”