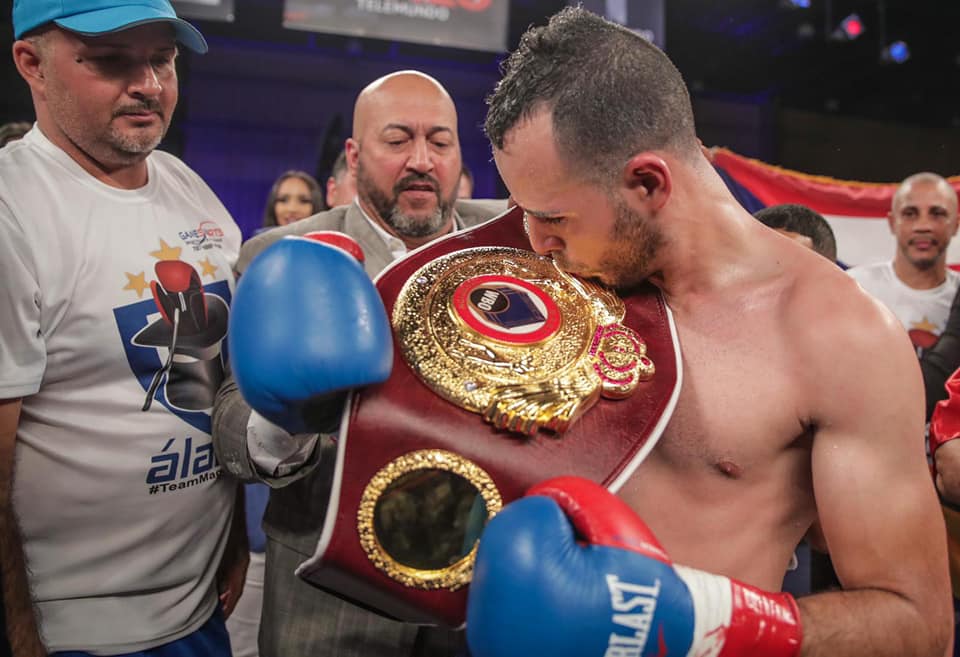 WBO NABO jr. welterweight champion Yomar “The Magic” Alamo of Aguas Buenas, Puerto Rico has been added to the last installment of the Boxeo Telemundo summer series on Friday, August 2nd from the Osceola Heritage Park Event Center in Kissimmee, Florida. Alamo will defend against up-and-coming prospect Miguel Angel “Conejo” Martinez (14-2-1, 9 KOs) of Jalisco, Mexico. Martinez who recently signed a promotional agreement with All Star Boxing is no stranger to the Telemundo series, he has fought several times in Mexico City on the Telemundo network, He is now looking to showcase his talent in the US for the first time in his career and to continue pursuing a world title.

On the other hand, Alamo is coming off an impressive showing when he made his Telemundo debut on Feb 22ndwhen he decisively shutout, battle-tested boxer, Manuel Mendez (16-4-3, 11 KOs) for the vacant WBO NABO Jr. Welterweight title.

“I’m looking forward to fighting in the US, I believe that I can beat Alamo, I’ve seen video of him and he is one dimensional. I will take the WBO NABO title back to Mexico with me come August 2nd” said Miguel Angel “Conejo” Martinez.

“Telemundo is my home as well as Kissimmee, Fla. I will not fail my loyal Puertorican fans of Aguas Buenas and Kissimmee. I know that Martinez is hungry and is coming to take my title, I will make sure my title comes back to Puerto Rico with me” said WBO NABO Champion Yomar Alamo.

We are happy to return the Boxeo Telemundo series back to Kissimmee, Fl our home for many years” he added “More exciting news on the undercard will be announced shortly”
Felix “Tuto” Zabala CEO & President of All Star Boxing, Inc

Alamo vs Martinez will be televised on the Telemundo Network at 11:35 pm. Check your local listings. Tickets on are on ticketmaster.com or the Osceola Heritage Park Box Office.