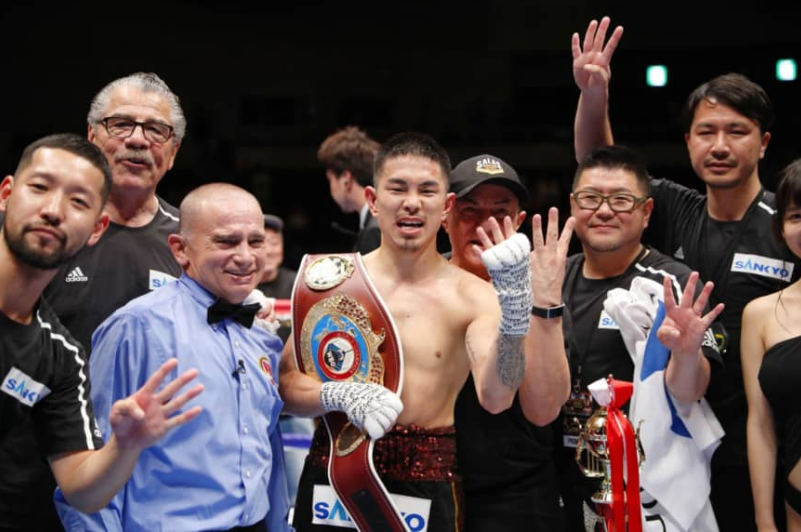 Kazuto Ioka has retained his WBO Junior Bantamweight title in an absolute war with Kosei Tanaka in the final title fight of the year.

The pair slugged it out but the 31-year-old Ioka showed just why he is the champ having won in an eighth round TKO as he knocked Tanaka out on his feet.

Tanaka had been knocked down twice before in the fifth and sixth round but a massive left hook left the challenger in la la land as Ioka defended his title for the second time.

Incredibly, he still has seven more fights to beat Oscar de la Hoya’s record but his 15-0 record now has its first loss.

Tanaka was a massive favorite in the fight but despite both men copping punishment, it was Ioka who withstood best, with three brutal knockdowns from left hooks giving him the belt.

Ioka for the knockout was at 6-1 odds according to Fox boxing reporter Mike Ortega which was stunning for the defending champ.

Ioka has trod the ground ahead of Tanaka, having won the mini-flyweight, light-flyweight, flyweight and super flyweight titles.

It appeared an even fight to start off with both men dishing out punishment, but late in the fifth, Ioka hit Tanaka with a right before coming over the top with what the commentator called “a picture perfect” left hook that floored the challenger.

In the sixth, another left hook left Tanaka on the canvas again as he went looking for the KO as Ioka smelled blood.

With his back against the wall, Tanaka came out swinging to finish the round.

He swung until the end with Ioka waiting for the right time before his left knock Tanaka out only to be caught by the referee.