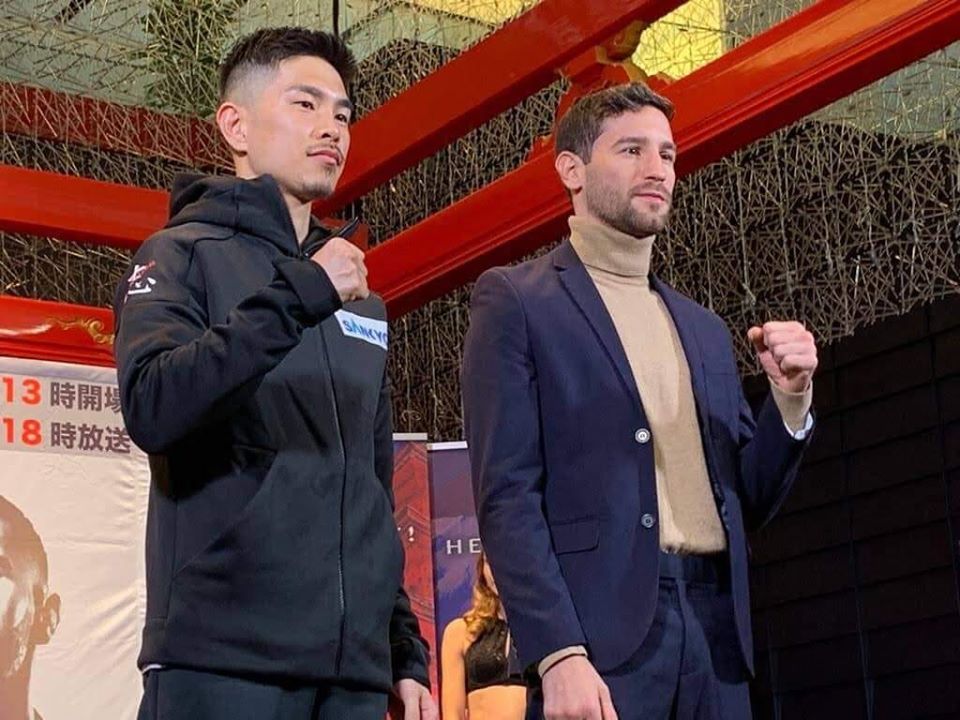 On December 31st we’ll see the year close out with a stacked card from Watanabe, headlined by WBO Jr. Bantamweight Champion Kazuto Ioka (24-2, 14) [井岡一翔] taking on mandatory challenger Jeyvier Cintron (11-0-0-1, 5). Today the men went face to face for the first time, meeting at the Haneda airport in Japan.

The two engaged in a lengthy, and intense face off, as well as talking to the press in quite a public setting.

Ioka seemed impressed by his opponents reputation, speaking about how Cintron is a 2-time Olympian and an undefeated professional. But added that he was prepared to win, and had been Stateside until just a few days ago.

​If Ioka wins, as is expected by many, there was two names suggested that he may face off with next. One of those is fellow Japanese fighter Kosei Tanaka (14-0, 8) [田中恒成], who will be defending his WBO Flyweight title against awkward Chinese challenger Wulan Tuolehazi (13-3-1, 6) [乌兰] on the same show, and the other is Nicaraguan great Roman Gonzalez (48-2, 40). Despite those names being mentioned to him today, Ioka stated that his focus was solely on Cintron.

Cintron on the other hand explained how he was honoured to have a fight in Japan, and came to take the belt back to Puerto Rico. He stated he was in good shape and seemed very calm and relaxed.