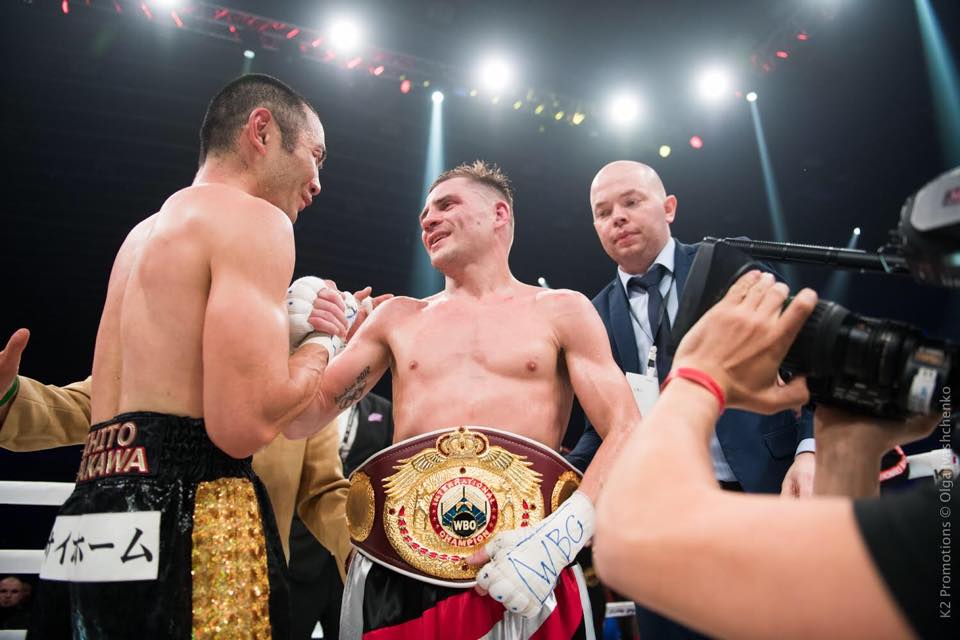 Berinchyk started the fight, immediately stepping on the opponent. Denis worked actively in the movement. One of the moments, the boxers clashed heads, and Denys Berinchyk appeared cut, but he continued to demonstrate the technique and to work as contriner, often changed the angle of attack, worked commercially, while Arakawa was noticeably slower.

Berinchyk won the fight, showing great stamina throughout the race, and showing one of the best fights in his career.

This fight could be the last berinchyk of Ukraine, as the boxer is interested in the American promotion company. If we can make a deal, then the next fight Berinchyk will be held in the United States. This decision will be made after the fight with Arakawa Denys Berinchyk.

We will remind, Berinchyk can become the mandatory Challenger to fight with the world champion by the end of 2019.

We will remind, Denis Berinchyk won the WBO International title, won by TKO in the seventh round of the Filipino Rosci cristóbal.

As reported Znayu Denis Berinchyk will be one of the coaches in the Comedy show “the League of laughter” on TV channel 1+1.