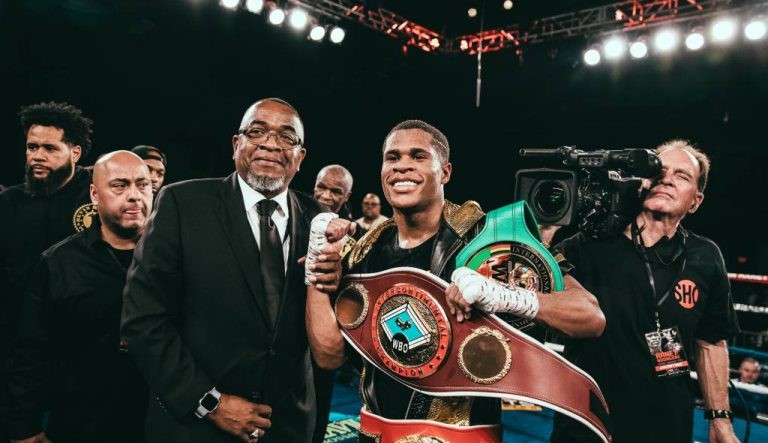 WBO #13 Antonio “Toño” Moran (24-3, 17 KOs) is set to make his DAZN debut on this Saturday May 25th at the MGM National Harbor, Oxon Hill, as he faces highly touted prospect, and current WBO Inter-Continental Champion Devin “The Dream” Haney (21-0, 13 KOs) over ten rounds for the WBO title.

“I feel great coming into this fight, I’ve had 2 months to prepare for this showdown,” he said. “My experience will play a huge factor in this fight. I have fought on the biggest stage and proven I belong at the top. I am by far the best opponent Haney has faced and on May 25th I will come out victorious!”

Moran is the former WBO Latino champion, making three knockout defenses on Telemundo before dropping a ten round decision to former 2x world champion Jose “Sniper” Pedraza at the MGM Grand Arena in Las Vegas this past June. Pedraza went on to win the world title in his following fight. Moran has since bounced back with a knockout win over Victor Zuñiga and is ready to face the top of his division once again.

President & CEO of All Star Boxing Felix “Tuto” Zabala Jr. stated “I am confident of Moran’s ability coming into this fight. He is young, hungry and packs a punch. We are happy to be working with Matchroom USA and DAZN on this co-promotion which will provide fireworks to the fans.”

“There’s nothing to stop me from getting to number one, it’s just time,” said Haney. “Timing is everything and my time is going to come. I am only 20 years old, the other Lightweights out there better catch me now because I am only going to get stronger and faster so the top guys need to fight me now.

“Boxing is something that I love so it doesn’t feel like a job to me, but the job is not done, I want to be a multi-weight champion and I want to rule the sport as a pound-for-pound star. When I am the face of boxing down the line, who knows what will happen, but right now those big goals are keeping me motivated.

“Getting the fights I want has been a challenge, a lot of guys have turned me down, saying there’s no point or not making enough money, so that’s been a real challenge. It’s me versus me, when I am in the gym I am so far ahead of a lot of guys that it’s me challenging myself, pushing myself, seeing how far I can go rather than seeing how far I can outrun another guy – how fast can I push myself?

The bout will be streamed on DAZN in the U.S and ESPN Latin America in South America.