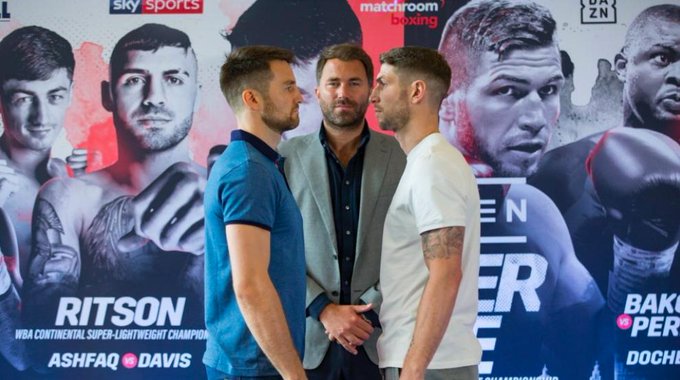 Anthony Fowler will be looking to rebound with a vengeance against Blackpool’s former world title challenger Brian Rose on Friday night for the vacant WBO Inter-Continental Middleweight title at the Exhibition Centre in Liverpool, Merseyside.

Rose, nicknamed the ‘Lion’, was originally scheduled to be facing Fowler’s conqueror Scott Fitzgerald in what would constitute a highly-anticipated Lancashire showdown before the Preston native was forced to withdraw from the contest after sustaining an injury.

In stepped Fowler at relatively short notice, and he will certainly be looking to get his career back on track under the guidance of trainer Dave Coldwell, after suffering his sole professional setback in his last fight to Fitzgerald at the Echo Arena in March.

Fitzgerald – a significant underdog – outpointed Fowler in an intriguing and closely fought contest, dropping the hometown favorite in the final round to win via split-decision, thereby putting himself in prime position to challenge Ted Cheeseman for the British light-middleweight championship.

However, before challenging Cheeseman or even European champion Sergio Garcia, Fitzgerald had set his sights on fighting Rose in an interesting local derby that would have pitted undefeated prospect against seasoned veteran, before injury struck.

Fowler now has the opportunity to return to winning ways whilst also making a statement against a well-respected name in the division. Rose, meanwhile, will be looking to spring a surprise by inflicting Fowler with his second defeat and reasserting his own relevance in the thriving British light-middleweight scene.

It is also important to note that a victory over Fowler means that a potential future showdown with Fitzgerald would carry even more weight.