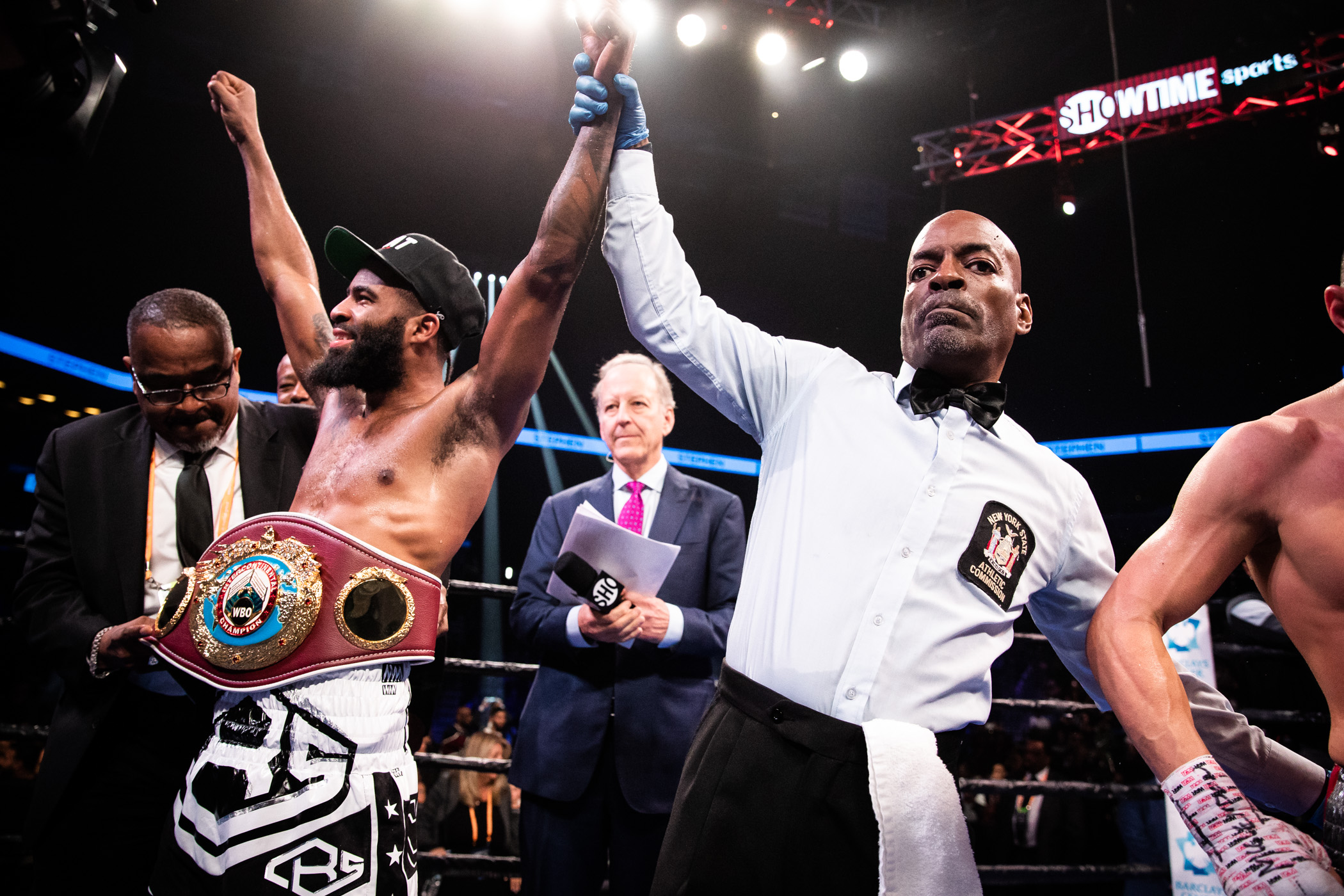 Fulton established his jab as his best weapon from the opening frame, snapping his left hand at Khegai consistently to force his hard charging opponent to hesitate on his way in. Fulton landed 25% of his jabs, connecting on 83, compared to Khegai’s 28.

“That’s what I do,” said Fulton. “I use my jab. I tried to utilize the jab all night and win the fight behind the jab. I showed that I’m ready for a world title next.”

Khegai looked to throw power shots early and often, targeting the body and trying to finish his combos with a left hook. While he was able to force Fulton to retreat to the corner often, he was unable to take advantage, as Fulton was able to hold strategically and slow Khegai’s offense.

As the fight went on, Fulton increased his activity, mixing in lead left hooks and body shots to make Khegai hesitate further. Khegai’s frustration appeared to grow as the fight went on, as his output decreased from chasing Fulton around the ring. While Khegai was the more active puncher over 12 rounds, throwing 649 to Fulton’s 535, Fulton landed 182 punches compared to 123 from Khegai.

“I felt great against a tough opponent,” said Fulton. “I stayed on my boxing, kept him off his game and pulled a victory out. I knew he was a rough and tumble customer, so I just had to keep my composure.”

While Khegai landed some powerful shots in the championship rounds, Fulton was too elusive and was never hurt by Khegai, on his way to earning the victory by scores of 116-112 and 117-111 twice.

“It feels good to get this win,” said Fulton. “We’ve been through tough times and fought tough opponents. I’m proud of my team for staying together. We’re Philly strong. I want that world title. I’m going to train even harder for my next performance so if I have to dog out it out even more, I’ll be ready.”