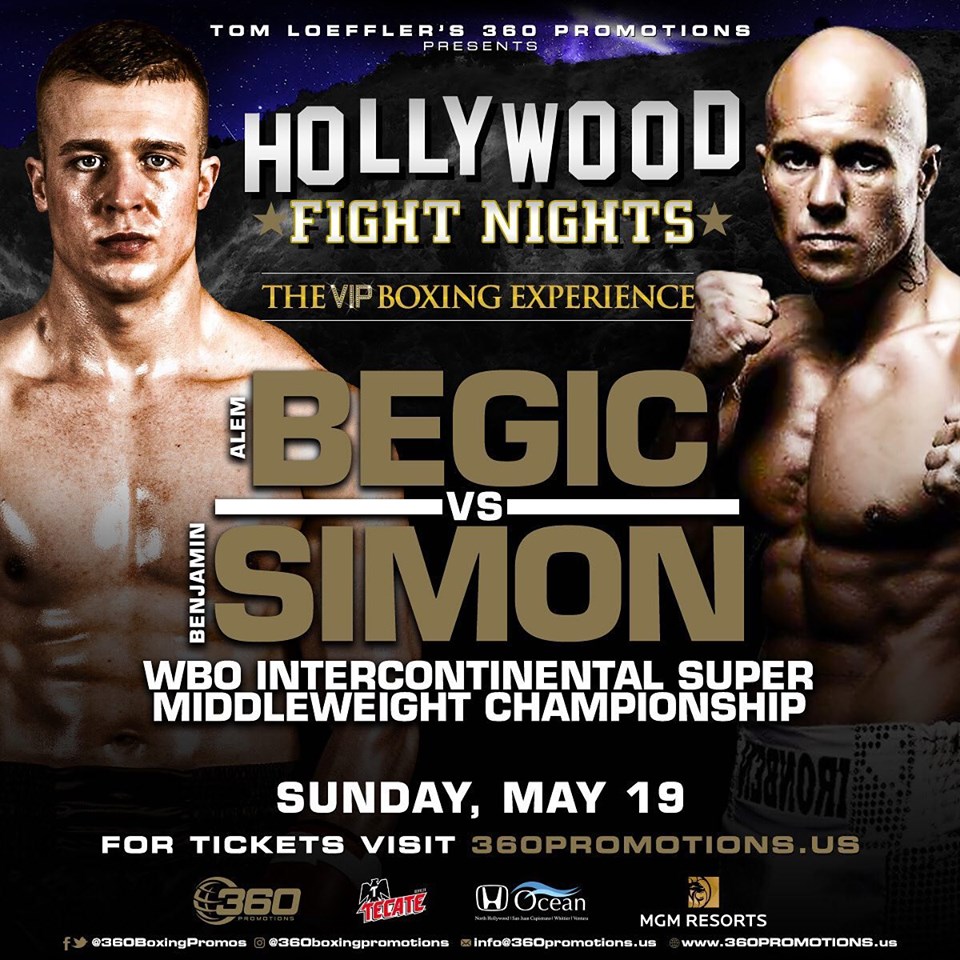 “We’re very proud to add this action-packed super middleweight title clash to our ‘Hollywood Fight Nights’ event on May 19,” said Loeffler. “Alem Begic is one of the most talked about fighters in Europe and he will be facing the toughest test of his career against Benjamin Simon in a bout featuring two true knockout artists who have a combined 91% knockout ratio. This fight promises fireworks from the opening bell for fans at the AVALON and those watching on our FREE international live stream.”

The heavy handed Begic has stopped his last five opponents impressing boxing fans in Germany, Austria and Switzerland while Simon has knocked out two of his last three opponents in the first round.