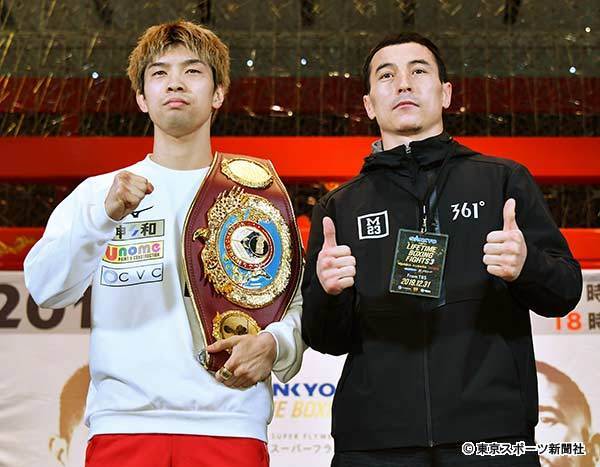 Tanaka, who headed over to Tokyo from Nagoya especially for the event, spoke to the press and stated that it was good to have such an exciting event to finish the year.

Wulan, who is fighting in Japan for the second time, explained that Tanaka is a great fighter, but added that he was confident and would do everything he could to win.

The men faced off, without breaking away, for around 30 seconds, in what was an intense stare down.

The two men also took part in the ceremonial contract signing, that we often see done in Japan in the week of a fight, often on the week of a world title fight.