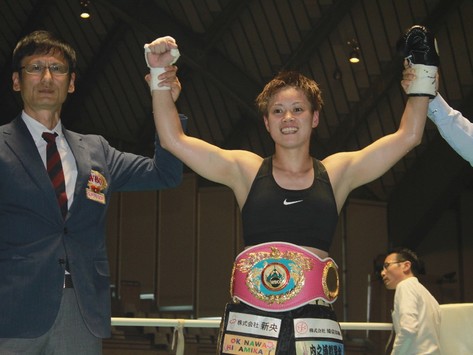 The event will take place on Friday, July 9 at Banc of California Stadium in Downtown Los Angeles and will be streamed live on DAZN.

“When it comes to undercards, nobody does it better than we do,” said Oscar De La Hoya, Chairman and CEO of Golden Boy. “For all of us at Golden Boy, it is very important for fans to get their money’s worth when attending our events or watching from the comforts of their home. That’s why we are committed to providing a full night of competitive action featuring the likes of Seniesa Estrada, Hector Tanajara Jr., William Zepeda and many more.”

Estrada is a 28-year-old world champion from East Los Angeles, California whose immediate goal is to capture gold in three divisions. In March, she faced Anabel “La Avispa” Ortiz to capture the WBA Minimumweight World Title. Now, she looks to capture a belt a 108 pounds to be one step closer to achieving her goal.

“I’m very excited to be fighting in Los Angeles again,” said Seniesa Estrada. “Fighting at home with my family, friends and fans there is the best feeling. LAFC is going to be a great venue for Golden Boy boxing. I can’t wait to win another world title in a second division.”

Tsunami, who will be defending her 108-pound title, is a two-division world champion who has a lot of experience fighting at a world championship level. Although making her United States debut, Tsunami feels she is not at a disadvantage because she has fought over a dozen times in foreign countries.

“I am excited to accept the challenge of young and fast-rising Estrada,” said Tenkai Tsunami. “I know Estrada is a good boxer. But I have superior experience and skills that I have gotten throughout my 16-year career and which I wish to use to be victorious. This is my first fight in the United States, but have fought in Mexico seven times, once in Chile and six times in Korea.”

“These are the kinds of fights that will take my career to the next level,” said Hector Tanajara Jr. “A win against a tough, undefeated southpaw contender will show everyone that I am ready for a world title opportunity. I believe in my skills and my talent, and on July 9, I will put them on full display at Banc of California Stadium.”

“I’m ready to face the most difficult challenge of my career in Hector Tanajara Jr.,” said William Zepeda. “I have worked all my life to be able to fight on big stages such as the Zurdo vs. Barrera event. I know that Tanajara Jr. very elusive fighter, but I will do everything in my power to make him stand in the center of the ring and give a real show to all the fans.”