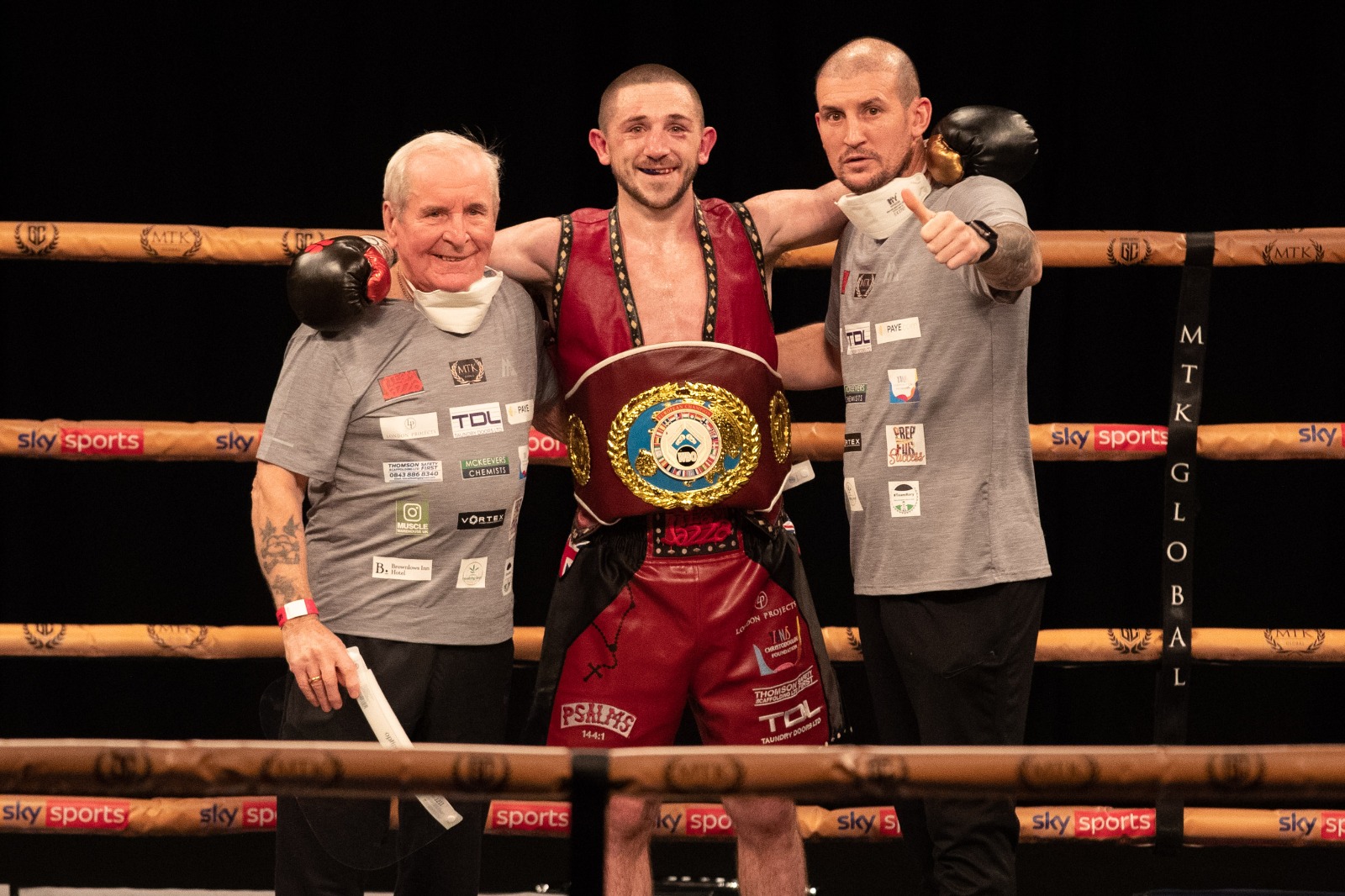 Jazza Dickens and Ricards Bolotniks are both celebrating after they produced superb performances to win the Golden Contract featherweight and light-heavyweight tournaments.

Elsewhere on the card, there were wins for Harlem Eubank, Adam Azim, James McGivern and Fearghus Quinn. Free to use photos from the event can be found HERE (Credit MTK Global), and here’s everything you need to know from a superb event:

Dickens (30-3, 11 KOs) was in control for the majority of the fight, utilising his jab well and restricting Walsh (26-3-2, 12 KOs) to short bursts of success. Walsh’s superb heart and never say die attitude meant he kept coming forward, but in the end Dickens proved to be too good.

The three judges scored it 97-94, 98-93 and 96-94, meaning Dickens wins the tournament after previous victories over Leigh Wood and Carlos Ramos.

Dickens said: “I boxed many ways in this tournament with different styles, and I knew it was my chance to show what I can do.

“This was my moment on Sky Sports. I beat Leigh Wood and Ryan Walsh this year and now I want a world title. I’ll have my rewards when I get my world title.

“Sorry to those that couldn’t be there tonight. I need to thank my coaches George Vaughan and Derry Mathews for everything they have done for me.”

The power of Bolotniks (18-5-1, 8 KOs) was on display, with fans watching on TV treated to a great contest. Bolotniks earned a knockdown in round five, before continuing his onslaught in round 10, securing another knockdown.

Michel (11-2, 8 KOs) was able to get back up to his feet, but his corner threw in the towel before the action could resume, handing Bolotniks an impressive win.

Bolotniks said: “At Christmas I will now be drinking coke and eating potatoes! I did my job and I showed the tactics that my coach taught me. I am just so happy.

“I want Anthony Yarde next year. Maybe we will see each other. I am ready for 12 rounds, 15 rounds, or 20 rounds! Everything in this tournament was good. Thank you to everybody. I will go drink beer and eat pizza!”