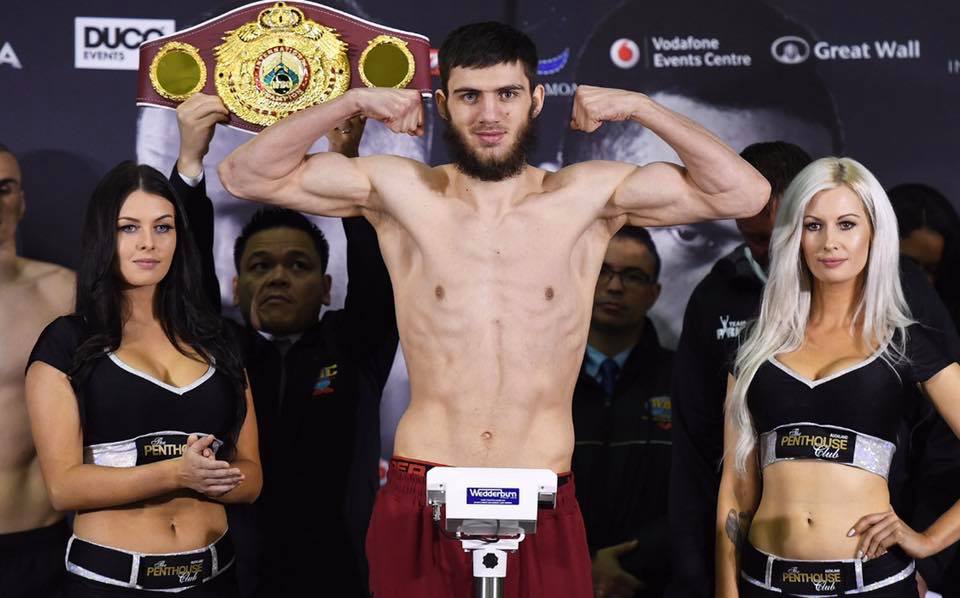 WBO Bouts on September 19 in Grozny!

Top Russian Contenders Back in Action on September 19 in Grozny!

An explosive trio of Salita Promotions fighters will be back in action Thursday, September 19, in Grozny, Russia, as Umar Salamov and Apti Davtaev will all be featured in WBO important title fights.

In the night’s main event, Grozny’s own WBO #4-rated Salamov (24-1, 18 KOs) will attempt to make the third defense of WBO International Light Heavyweight Championship in a 10-round battle against WBO #5-rated Roamer Alexis Angulo (24-1, 21 KOs) of El Bordo, Colombia.

In the co-main event, Idigov (16-0, 7 KOs), also of Grozny, will look to make the first defense of his WBO European Super Middleweight Championship in a 10-round showdown with Robert Racz (21-1, 19 KOs) of Galanta, Slovenia.

“I am really happy to fight at home in Grozny,” said Salamov. “I get stronger fighting in front of my hometown. This is a very important fight against an experienced and brave boxer, but I will be looking for the knockout only. I don’t want there to be any doubts about it and no judges’ decisions. I will defend my title and step even closer to world title fight.”

“For me it doesn’t matter whether I fight at home or abroad, but it always good to receive support of my people and to make them happy,” said Idigov. “For me to fight a power puncher like Robert Racz, who has more wins than I have is a big challenge, but I will knock him out. And by doing so, I will defend my title and collect another. I need fights against these kinds of opponents, who are hungry and dangerous and come to win.”