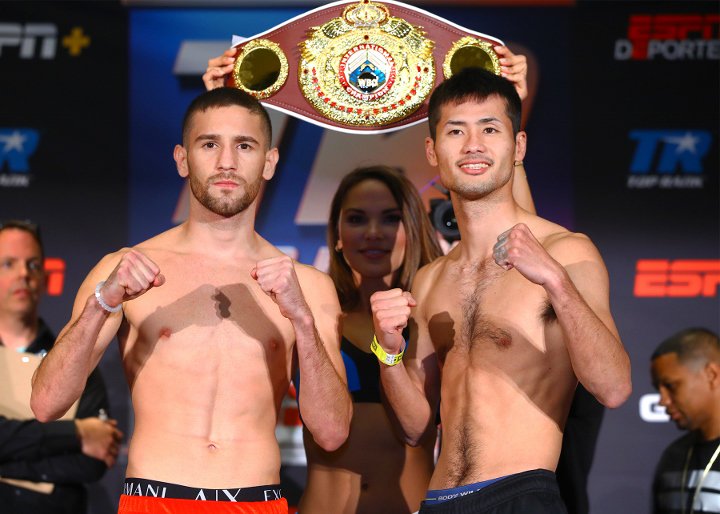 The winner will be the mandatory challenger to newly crowned WBO super flyweight champion Kazuto Ioka. Cintron-Eto II is a rematch bout of their May 25th fight in the same venue that ended in a no decision due to an accidental headbutt that ended the fight. The ruling of the contest was a no decision.

WBO #10 Yomar Alamo will be making his first defense of his title he won in a 10 round shutout over spoiler Manuel Mendez in his Telemundo debut this past spring.

“Im happy to be returning to my second home of Kissimmee, where the fans showed great support in my last outing”- Yomar Alamo NABO Champion

The challenger Salvador Briceño, is coming up in weight to face the champion, in his last fight he gave Top Rank prospect Gabriel Flores Jr his toughest fight till date in a 8 round co feature on ESPN this past June.

Cintron-Eto II is a bout bought to you by All Star Boxing, Inc in association with Top Rank, Teiken Promotions, Puerto Rico Best Boxing and Spartan Boxing.

Full undercard will be announced shortly. Tickets still available on Ticketmaster or by visiting Ohpark.com