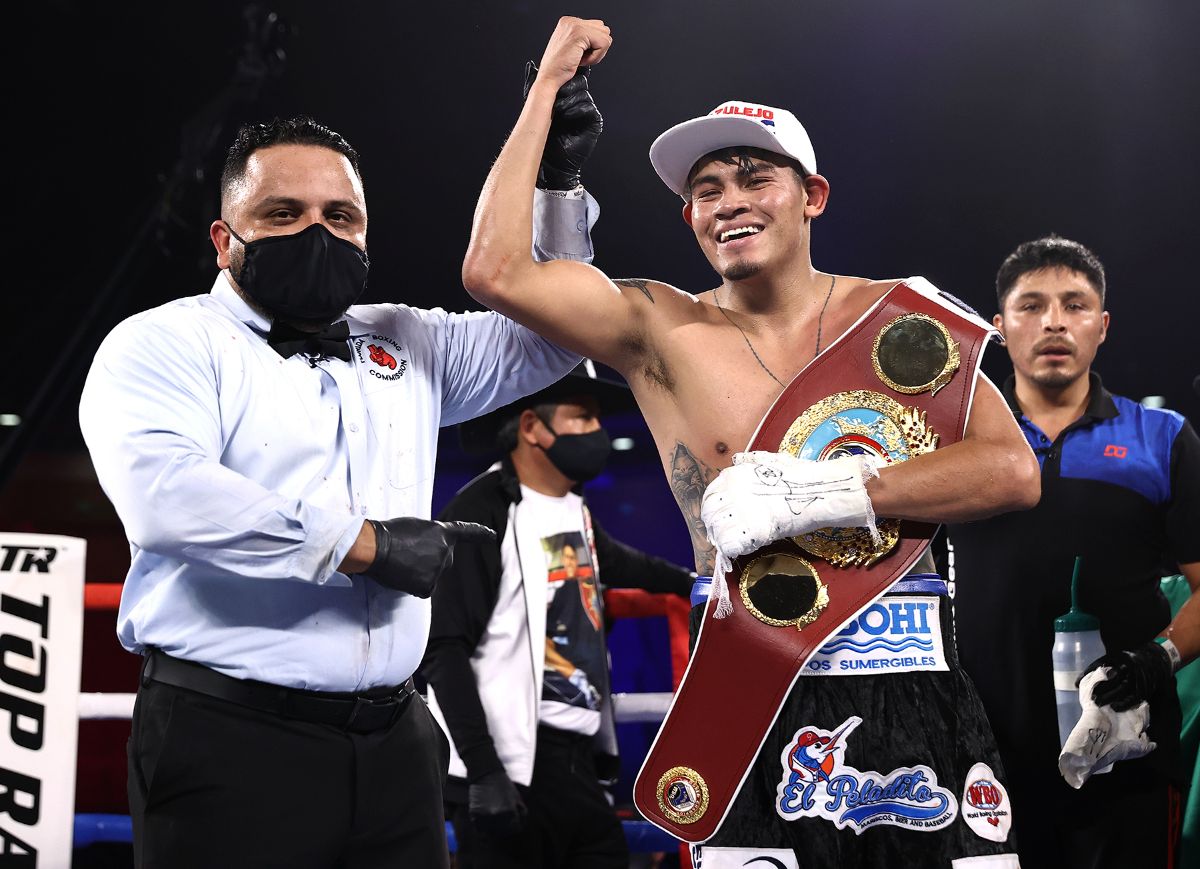 It was the first successful featherweight title defense for Navarrete (34-1, 29 KOs), who also reigned as WBO junior featherweight world champion. After the knockdown in the 12th, Diaz’s trainer, Nelson Rodriguez, threw in the towel.

El Vaquero has now more than proven he's a problem for anyone on the planet in ✌️ different weight classes.#AndStill | #NavarreteDiaz pic.twitter.com/5DOg3AkFcB

Navarrete said, “I think we did put on a worthy performance (of Mexcio vs. Puerto Rico) because ‘Pitufo,’ I knew he was tough, I knew he was strong. And I knew he could hit hard, but he surpassed all my expectations. He brought out all the best in me and so I’ve got a lot of respect for Christopher ‘Pitufo’ Diaz.

“I was really impressed by ‘Pitufo’ because every time I hurt him, every time I dropped him, he came back stronger. He was a beast in there because he kept coming at me. He kept getting better even though I kept hurting him, and as the fight progressed, you’d expect him to get weaker but he kept getting stronger. I just couldn’t understand it. So I have the utmost respect for Christopher ‘Pitufo’ Diaz and what he did tonight.”

Diaz (26-3, 16 KOs) entered the fight having won two straight since a decision loss to Shakur Stevenson in a non-title bout. He landed 183 punches on Navarrete, but he was unable to seriously hurt the seasoned champion.

Diaz said, ” I’m very disappointed. I wanted to win. It’s a title shot. But next time. He’s a great fu—– fighter. He hit hard. We went to war. I made my best fight. I was in shape. Everything was good.

“I’m not a weak fighter. I always bring my heart with me. I came here to fight. I said I want to box but that guy, he’s a problem. We come here to fight, too. He caught me. My coach loves me like a son, and he stopped the fight.”