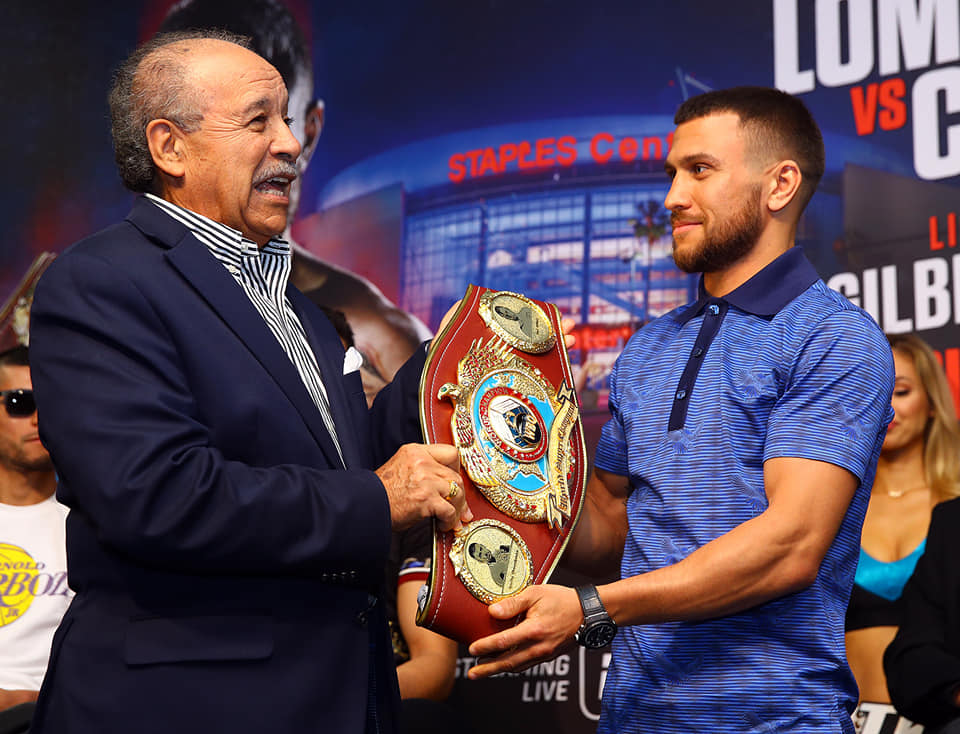 Ukrainian boxer Vasyl Lomachenko has been honored with the Lightweight Super Champion belt by the World Boxing Organization (WBO).

“Vasyl Lomachenko [has been] honored with [the] Lightweight Super Champion Belt at @trboxing presser for Loma v. Crolla on @espn,” the WBO wrote on Twitter on April 10, 2019.

The Super Champion title gives Lomachenko the right to claim the WBO belt in any weight category. The owner of such a trophy can also get immediate revenge if he loses in the fight for the championship belt. Lomachenko’s next fight against British boxer Anthony Crolla will take place at the Staples Center in Los Angeles, the United States, on April 12, 2019.