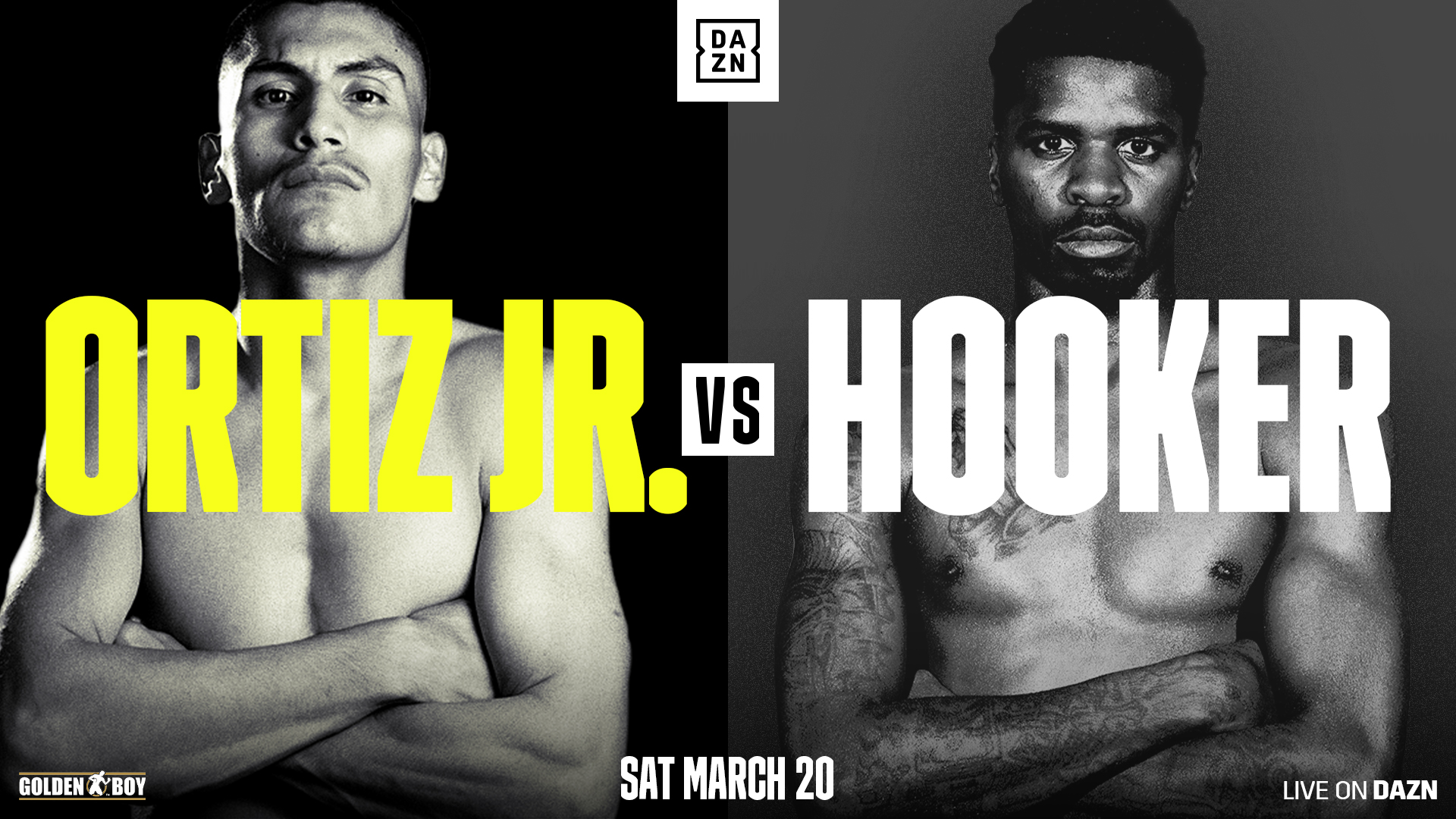 The bout will headline a card that includes the Unites States debut of heavyweight monster Arslanbek “Lion” Makhmudov and a world title clash between Anabel “Avispa” Ortiz and Seniesa “Superbad” Estrada.

Information regarding the venue will be announced shortly as it is pending commission approval. The fights will be streamed live exclusively on DAZN worldwide, including the U.S., Mexico, and Russia.

“On his rapid ascent from prospect to contender, Vergil has absolutely blown away everyone we have put in front of him, including a former world champion,” said Oscar De La Hoya, Chairman, and CEO of Golden Boy.

“But with a win over Maurice Hooker, just one fight removed from a significant title reign, on March 20, Vergil can stamp his ticket to a world championship fight.”

Since debuting as a professional in 2016, Ortiz Jr. has knocked out every single person who has stepped into the ring with him. The native of Grand Prairie, Texas, who has roots in Michoacan, Mexico, has scored stoppage wins against the likes of Mauricio “El Maestro” Herrera, Antonio “Relentless” Orozco, Brad “King” Solomon, and Samuel Vargas.

The 22-year-old contender has been wanting to fight Hooker for some time, and he’s eager to demonstrate his abilities against a former world champion.

“First and foremost, I’m really grateful to be fighting back at home again,” said Vergil Ortiz Jr. “Not only that, but I’ll be fighting another Dallas native in Maurice Hooker.

I’ve known Hooker since back in the amateur days. I know we’re going to give the fans back at home a night to remember.”

Now at welterweight, Hooker plans to derail Ortiz’s meteoric rise by putting an end to their long-standing rivalry.

“I’ve never been one to shy away from a fight,” said Maurice Hooker. “The decision to fight Ortiz was an easy one as it allows me to prove to the world something that I already know—that I’m one of the best welterweights in the world.

I have a new team around me who has taken my game to a whole new level, and I feel amazing at this weight class. I can’t wait to put on a show for all the fans on March 20. Dallas, get ready!”

In the co-main event, Arslanbek “Lion” Makhmudov (11-0, 11 KOs) will make his highly anticipated United States debut in a 10-round defense of his NABF heavyweight title in a bout presented by Golden Boy and Eye of the Tiger Management.

The 31-year-old Russian is on the fast track to a world title, and he already has his eyes set on the biggest names of the division.

Regis Prograis: I would beat Danny Garcia easy
Ortiz is eager to make a statement in her United States debut, while Estrada looks to accomplish her dream of becoming a world champion in more than one division.

Luis “Matador” Hernandez (21-0, 19 KOs) of Chihuahua, Mexico will participate in a 10-round super lightweight battle against Alex Martin (15-3, 6 KOs) of Chicago, Illinois.

George Rincon (10-0, 7 KOs) of Dallas, Texas will return in an eight-round super lightweight fight against a soon-to-be-announced opponent.

Ortiz Jr. vs Hooker is a 12-round fight for the WBO International Welterweight Championship presented by Golden Boy. The event is sponsored by Hennessy “Never Stop. Never Settle” and “BetOnline – Your Online Sportsbook Experts.” The fight will take place on Saturday, March 20 in Dallas, Texas and will be streamed live exclusively on DAZN worldwide, including the U.S., Mexico, and Russia.