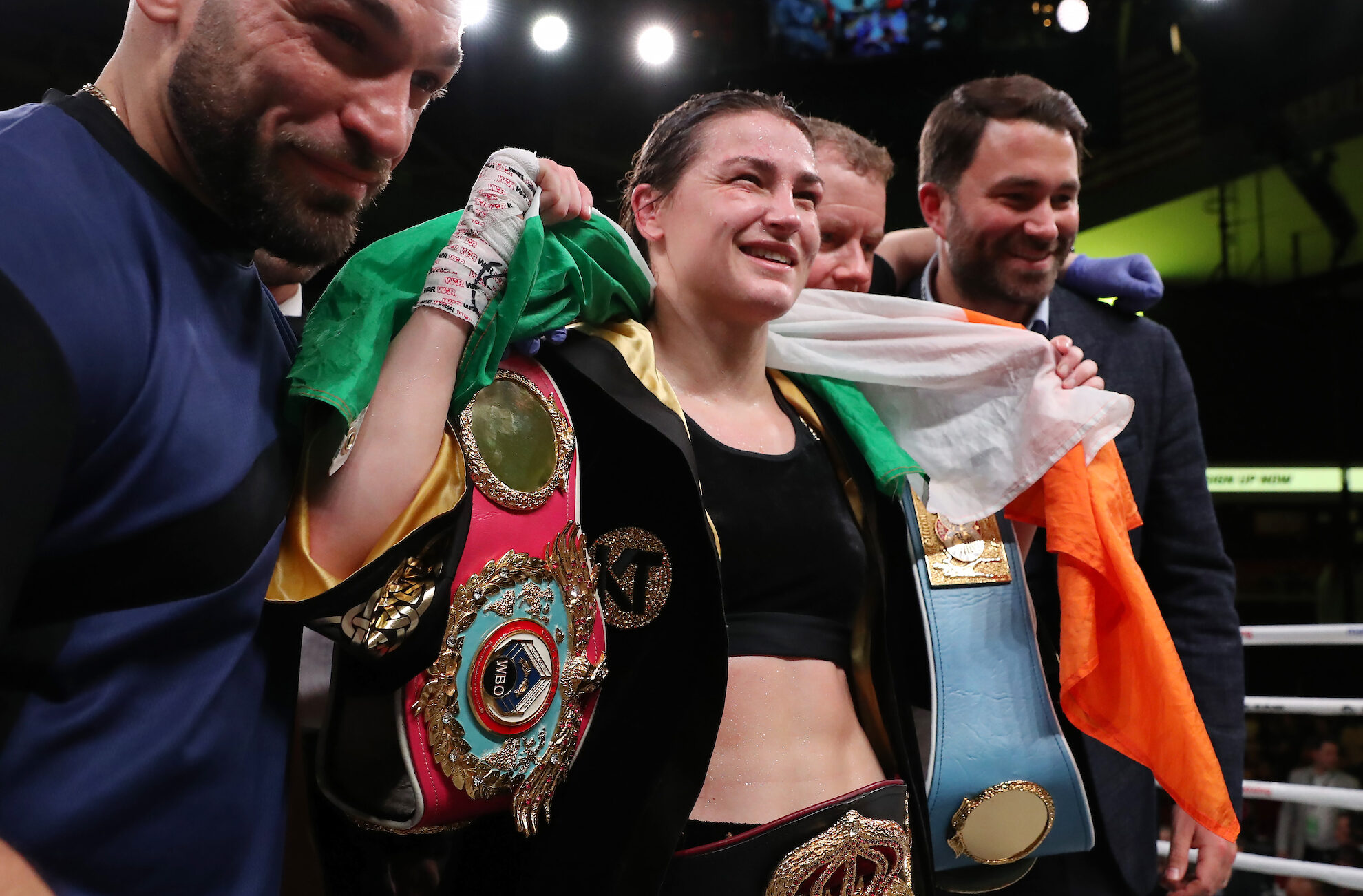 The Olympic gold medallist stopped the Brazilian in the ninth round of a one-sided contest – an accidental clash of heads finally finishing off the game but outclassed Brazilian.

“She definitely had a bit of pop at the end of her punch,” said Taylor of Volante, before adding about WBC champion Persoon. “We have to get that fight on next.”

On this evidence, the Belgian has her work cut out preventing Taylor becoming the undisputed lightweight champion.

Undefeated coming into this bout in Philadelphia, Volante was made to look ordinary by Taylor’s footwork and hand speed.

Taylor, in her trademark gold and black, dropped Volante after 55 seconds of the opening round with a left hook. The referee gave the Brazilian a count before Taylor recommenced the onslaught.

It continued for eight more rounds as Volante had no response to the Wicklow woman’s boxing ability.