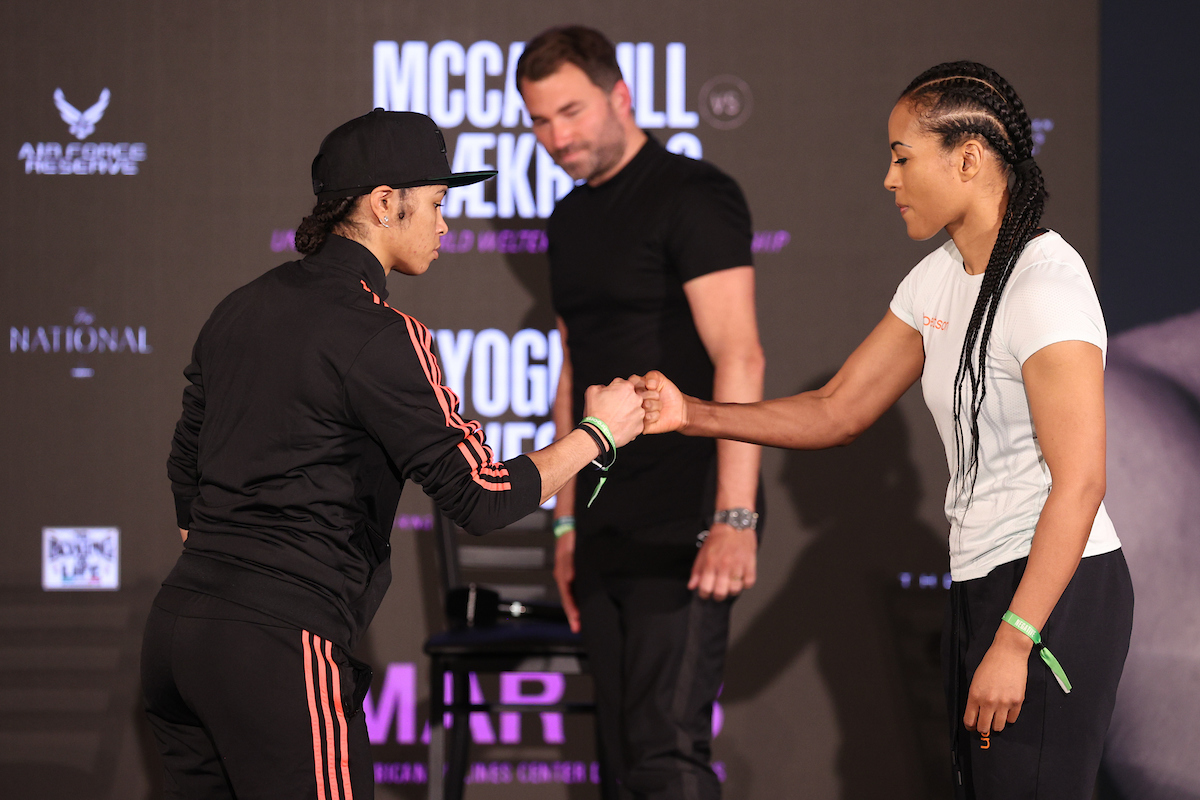 Undisputed WBO Champion Jessica McCaskill:
“I’m so ready to punch Cecilia in the face. I mean like we said, I don’t know Cecilia and there’s no bad blood, but we want this for boxing so bad, it is going to be the best fight of the night.

“I always have to work for everything that we have, and we don’t mind doing that. We’ve come from places harder than what you see us in now and I want to seal the deal and solidify my win in august and let everyone know that wasn’t an accident and that was me, unified undisputed World champion. “We have always had a large amount of confidence and we have just had to get those opportunities to show everyone else what we can do and like I said before we have come from places where this isn’t the hardest thing that we’ve had to go through so I think this will be a piece of cake.

“It doesn’t really matter what kind of game plan they bring. We are really prepared. Rick Ramos, my manager and trainer, he keeps me diversified in boxing whether it’s the brawling, the movement, the standstill, we’re ready for anything.

“Cecilia brought retirement up after the last fight, those aren’t my words, those are hers, so I’m going to make her eat them.”

“She was so friendly, then she got the belt, and she was like whoa, she goes crazy. It is definitely a new situation. You know, it’s fun for me, I just want to get the belt back and McCaskill has kept me very motivated, she’s kept me motivated through my whole camp. Last time she knows she was lucky, so I think that’s where all the trash talk is coming from. “Oh definitely. I had a rough training camp the last time, I was stuck six months in Big Bear. Now I had a normal training camp and now I have to do what I always do. I have to box. And I can do whatever and I think I can stop her too because I am definitely bigger and stronger and I am a much better fighter, boxer. I’m much better technically and stronger so I’m very confident going into this fight. And like I said, she provided me with a lot of motivation in camp.

“As a fighter I have given her a lot of credit. I should definitely not be losing to her. She was home, she was in her home country, all the judges were home, she got her catch weight and still I beat her in one of my invites when I didn’t perform at the top. Saturday I will be at my best and she is nowhere near my level.

“I will win so it is not even an option. I have a bigger name than her anyways with or without the belt”